Multiple events planned on 3rd anniversary of abrogation of Article 370; Mehbooba terms it a 'black day' 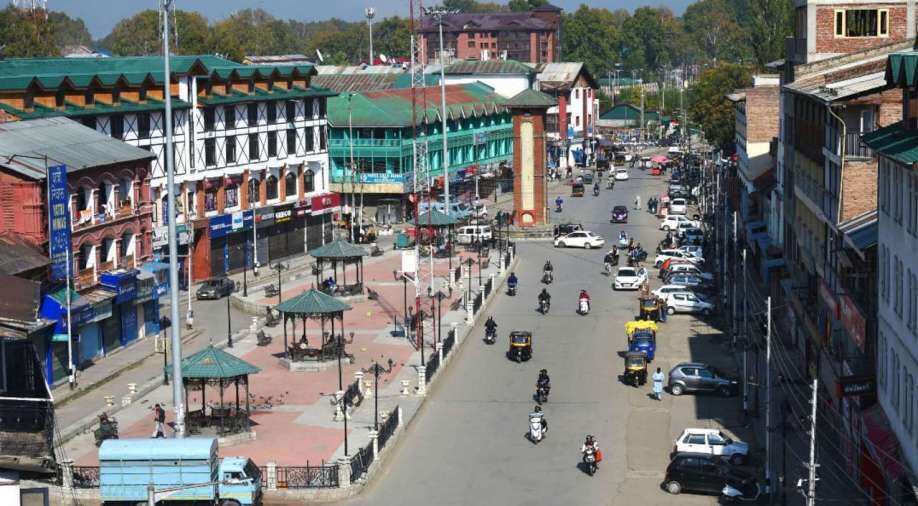 The ADGP of Jammu and Kashmir Police, Vijay Kumar, said that normalcy on the anniversary of abrogation of Article 370  is a big achievement for the people of Jammu & Kashmir. Photograph:( Others )

Former Chief Minister of Jammu and Kashmir Mehbooba Mufti took out a protest rally in Srinagar demanding the restoration of Article 370.

On the third anniversary of Article 370, Jammu and Kashmir has been put on security high alert. The presence of Police personnel and paramilitary forces on the ground has been increased. The Jammu and Kashmir government has organised multiple events across the Union Territory. A multi-speciality hospital was inaugurated by the LG of Jammu and Kashmir Manoj Sinha in Srinagar's Nowgam area.

The LG of Jammu and Kashmir will also be launching various initiatives for the tribal community of Jammu and Kashmir. He will later also inaugurate 'Bakshi Sports Stadium' which has been renovated and upgraded. The stadium will be able to accommodate 20,000 people and is also equipped to host day and night matches.

The ADGP of Jammu and Kashmir Police, Vijay Kumar, while taking stock of the security situation in Srinagar's Lal Chowk area said that "normalcy on the anniversary of abrogation of Article 370  is a big achievement for the people of Jammu Kashmir and a big blow to Pakistan-sponsored terrorists who always try to fuel violence in the Valley".

While responding to yesterday's attack on migrant workers, he said, "Two Lashkar terrorists are involved in this incident and they have been identified and will be brought to justice soon."

Meanwhile, former Chief Minister of Jammu and Kashmir Mehbooba Mufti took out a protest rally in Srinagar demanding the restoration of Article 370. Mufti and her supporters were stopped by a large contingent of police and paramilitary forces near polo view and were taken back to party headquarters.

"BJP wants to replace the national flag with saffron flag and if conscious citizens of the country will not wake up today, time will come when the soul of this country will be bruised to the point of no recovery. It's a black day for us. We will take back our special status and we will make sure the issue of Kashmir is solved permanently," Mufti said.