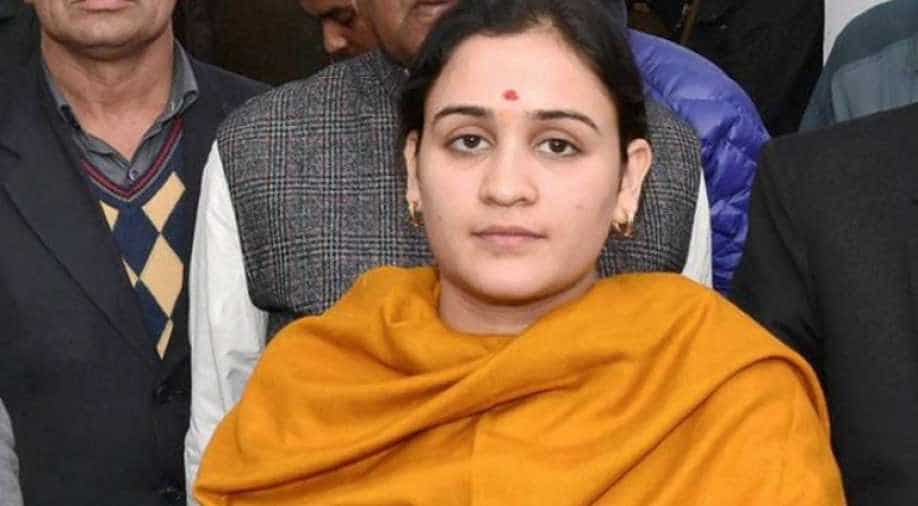 Joining the chorus for a Ram temple, Samajwadi Party founder Mulayam Singh Yadav's daughter-in-law Aparna Yadav says she is in favour of a Ram temple in Ayodhya and has full faith in the judiciary.

"A Ram temple should be built," Aparna said Wednesday during a visit to the Deva Sharif Dargah in Barabanki.
"I have full faith in process of the respected court," she added.

The Supreme Court has declined an urgent hearing on the Ayodhya land dispute case and said an appropriate bench will decide in January when to hear the politically sensitive case.

According to the Ramayana, Ayodhya is the birthplace of Ram and a temple should be built there, Aparna said.

Aparna, who is married to Mulayam Singh's son Prateek, said she would be contesting the 2019 elections from the PSPL but her father-in-law's blessings are with her.

Speaking on the SC's decision to move the Ayodhya hearing to January, Uttar Pradesh Chief Minister Yogi Adityanath had said the apex court should fast track the proceedings in the case as "justice delayed can sometimes be called justice denied".