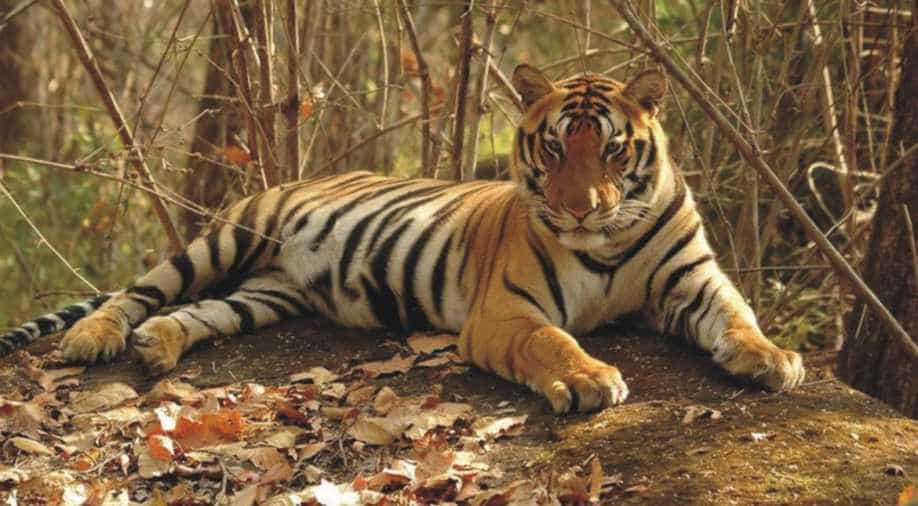 The carcass of the tigress, identified as P-213 (32), was found on Saturday in Gahrighat range of the Panna Tiger Reserve, located over 350 km from Bhopal, the official said

This is the fourth tiger death reported from the state in 10 days.

The carcass of the tigress, identified as P-213 (32), was found on Saturday in Gahrighat range of the Panna Tiger Reserve, located over 350 km from Bhopal, the official said.

The tigress was spotted with swelling in its left leg on May 12, he said, adding the feline was then tranquilised and later released after being provided medical treatment.

On Saturday, forest officials reached the spot after getting information about the carcass. They did not find any illegal activity there, the official said.

The tigress seems to have died of natural causes, he said.

After the autopsy, the carcass was disposed of as per guidelines of the National Tiger Conservation Authority (NTCA), he added.

Earlier, the decomposed carcass of a tiger was found in a buffer zone of the Bandhavgarh reserve in MP on Friday.

On May 8, a tiger was found dead in the state's Kanha Tiger Reserve.

Besides, a dead sub-adult tiger (aged between 18 and 24 months) was found floating in a canal of an inter-state water project in Balaghat's Waraseoni tehsil on May 7, officials said.

Madhya Pradesh is home to a number of tiger reserves, including Kanha, Bandhavgarh, Pench, Satpura and Panna.

The state had regained the top position in the 2018 census with a population of 526 tigers.