MP polls: This candidate is polishing shoes to please voters 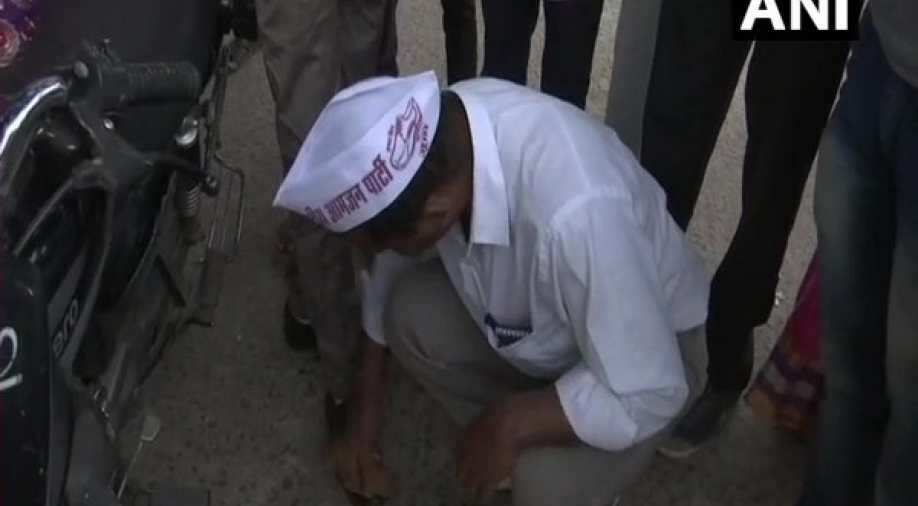 Sharad Singh Kumar is polishing shoes of people ahead of Madhya Pradesh Elections and says that he will make use of his unique election symbol to turn it into a blessing.

Ahead of the assembly elections in the state, politicians from all different political parties are leaving no stone unturned to woo the voters.

Sharad Singh Kumar, of Rashtriya Aamjan Party contesting on the election symbol of a shoe has garnered attention owing to his unique style of campaigning.

Singh is polishing shoes of people ahead of Madhya Pradesh Elections and says that he will make use of his unique election symbol to turn it into a blessing.

Singh told ANI, ''It was a free poll symbol that no one was willing to take. We took it and we will turn it into a blessing".

Singh's is not alone in his style of campaigning is somewhat similar to another out of box campaigning of an independent candidate fighting elections in Telangana assembly polls.

Akula Hanumanth, an independent candidate from Korutla constituency of Jagtial district has been distributing slippers and a signed slip to citizens, asking them to hit him with the same if he doesn't fulfil their expectations after winning.

The state of will go to polls to elect legislators for its 230 constituencies on November 28. Results will be declared on December 11.