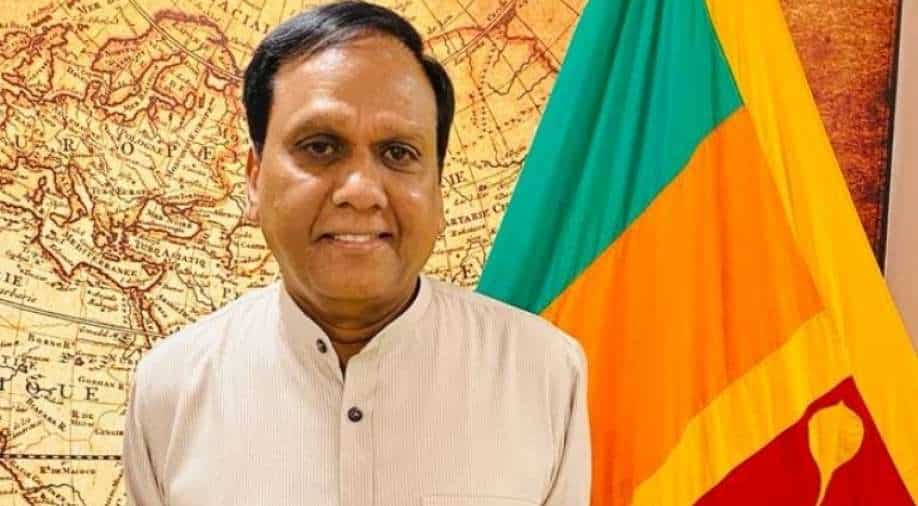 India and Sri Lanka have had a lot of high-level engagements, including the recent visit of Indian foreign secretary Harsh Shringla to the country. Sri Lanka is likely to host BIMSTEC summit later this year, and if it happens in person, Indian Prime Minister is expected to go to the country

The Sri Lankan Consul General in Mumbai, Ambassador Dr Valsan, has called for more communication between provincial politicians of India and Sri Lanka that will "sort lot of misperceptions".

Speaking to WION's Sidhant Sibal, Ambassador Dr. Valsan said, "We have a healthy communication channel between the top leadership and relevant institutions of India and Sri Lanka....I feel that other than traditional areas of connectivity, one important area that needs to be improved is the political connectivity at the provincial level."

India and Sri Lanka have had a lot of high-level engagements, including the recent visit of Indian foreign secretary Harsh Shringla to the country. Sri Lanka is likely to host BIMSTEC summit later this year, and if it happens in person, Indian Prime Minister is expected to go to the country.

WION: How do you see India Sri Lanka ties? What can be done to increase more interaction in the already substantive relationship?
Ambassador Dr. Valsan: From Sri Lanka's point of view, we feel it's an excellent relationship; it has to be excellent relationship as it is more than 2400 years old, and over a period of time it has been built on common cultural and historic ties. Infact, Buddhism is the biggest link given to us by India.

More than anything else, in the contemporary period there is a large Indian footprint in the foreign direct investment in Sri Lanka, and our bilateral trade is around 4.5 billion dollars a year, out of which 84 per cent is Indian export to Sri Lanka. In tourism, largest arrival is from India, that is around 450 thousand tourists, that is around 18 per cent of total tourist arrival. Around 10 per cent of our GDP comes from tourism.

Many Sri Lankan students are studying in Indian universities, some with scholarships and some without them. Large number of Sri Lankan defense personnel are getting trained in India. Dream of every Buddhist in Sri Lanka is to pay homage at least once in a lifetime at pilgrimage sites in India.

In emergency situation, like the Tsunami in 2004 and the Covid pandemic, India was at our doorstep with assistance and large Indian origin community has been living in Sri Lanka for many generations and this includes my family too. Other than this, there are 14-15 thousand Indian expats connected with various activities happily living in Sri Lanka. I can go on and on, but this shows we have all the positive elements of a relationship, take it cultural, civilisational, economic or even geo strategic — we have all the elements intact.

Fortunately, we have a healthy communication channel between the top leadership and relevant institutions of India and Sri Lanka. Any bilateral relationship is always evolving and it depends on the various factors, especially geo strategic. Personally, I feel that other than traditional areas of connectivity, one important area that needs to be improved is the political connectivity at the provincial level. As of now, it's mostly confined to political connectivity to Delhi and Colombo because of protocol constraints, especially in India. Because of that, relationship very often becomes vulnerable to local and perceptional issues at the provincial level. As much as possible, relationship should be on broad based connectivity respecting each other's sovereignty, integrity and self-respect rather than formal agreements. Formal agreements are always vulnerable to perceptional issues. Since India is too big and powerful, I get a feeling that India has to be asymmetric in her attitude towards Sri Lanka rather than basing her relationship on reciprocities. So, asymmetry is the name of the game.

WION: How can Mumbai be a launchpad for Sri Lankan investment into India and vice versa?
Ambassador Dr. Valsan: As of now, there are a lot of Indian investments in Sri Lanka — large footprint. Already, there is economic activity between Sri Lanka and Mumbai. Most of the companies invested in Sri Lanka are Mumbai based, example, Primal glass, CEAT, TATA, ITC, Ultra Tech cement, Mahindra & Mahindra and more. The footprint is very large. Now, Adani group has also come with $700 million investment in Colombo port. However, there are further opportunities, we have opened up three zones, one is 400 acres of land exclusively for pharma around Hambantota harbor and great opportunity for Indian investment, 300 acres of exclusive zone for textiles, and Mumbai being textile and pharma city, these two areas are something Indian investors should explore. Third area is urban development projects because all over Sri Lanka, we are in the process of restoring all heritage buildings and coming up with a lot of infra projects and I am sure Indian investors can have look at those areas.

WION: What about connectivity?
Ambassador Dr. Valsan: Connectivity, as of now, widespread connectivity at traditional level, people to people level, as I said, it has to enhanced a bit. Connectivity should be at political level a lot, for example, for people like us based in Mumbai and Chennai there are lot of protocol constraints. So, I feel that communication should be at political level; the provincial politicians of India and Sri Lanka have to talk to each other and meet each other. That way, a lot of issues and misperceptions can be sorted out.

WION: When it comes to tourism, how are you planning to increase Indian tourism, especially from Mumbai, Maharashtra and that part of India?
Ambassador Dr. Valsan: From Sir Lanka's point of view, we have a lot of plans. Other than traditional tourism, from Mumbai we thought we will focus on two aspects. One is the Ramayana trail, if you look at Valmiki Ramayana, more than 50 per cent of Ramayana happened in Sri Lanka and we have identified so many locations, that are connected with Ramayana. I don't say these are historically or archeologically true but these are beliefs of the people. These are based on legends of the local people. So, that is one area we thought of exploring and we thought we will be in touch with Hindu cultural organisations here and some of these institutions. We are going to present our case on Ramayana trail. I spoke to my high commissioner, even in India, central government is having Ramayana corridor. So if we can link up this Ramayana trail, with India and Sri Lanka trail, this will enhance the connectivity between these two nations. That is one area. Second area is Buddhist trail which has a lot of similarities. Even in India, a lot of interest is there in promoting the Buddhist sites, which will be very welcomed by the Sri Lankan Buddhist. As I said, each and every one of Buddhist is eagerly looking forward to come and visit sites in India, areas connected with Buddha's life. From our point of view, I thought, we will try to link up areas in Maharashtra with our heritage sites in Sri Lanka. We will give care.

WION: Since Organic Fertilizer from India has passed lab tests and you plan to facilitate its procurement from India. Anything on that?
Ambassador Dr. Valsan: Of course yes, we will for sure buy from India and that is one of the reasons we have done the lab test. Our state minister for agriculture has already announced that we have a large plan to procure from India but you know, the nuts and bolts of procurement, too early for me to say on it. Normally, this decision is taken at government level, if government asks us to intervene or facilitate things, the mission will be involved.