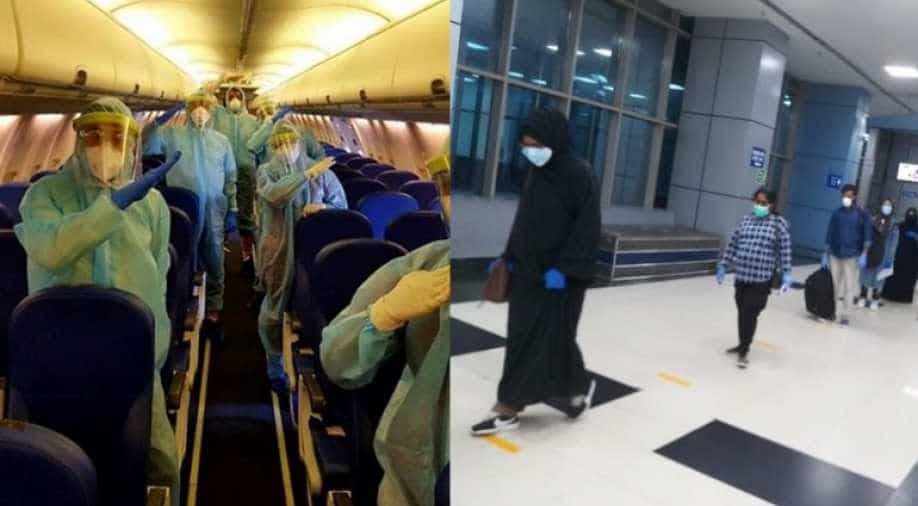 Thousands of stranded Indian are being evacuated from abroad. Air India started the two-weeks long operation on thursday.

India commenced its biggest evacuation operation on Thursday. The repatriation operation has been started by government of India with Air India to bring back Indian nationals stranded abroad.

Air India will be bringing back almost 14,600 Indians back to the country in 64 flights, within the first week of operation. The main focus is to bring back Indians from the Gulf countries where 3 lakh people are stranded, Air India will also be operating evacuation flights to Singapore, Kuala Lumpur, Kuwait, Muscat, Bahrain, Malaysia, Philippines, Bangladesh, the US and the UK.

Also read: India fixes $40 per head for repatriation by sea from Male to Koch

Sources have now revealed that India will be expanding scope of countries in the next week of repatriation. Indians from other countries like Russia, Germany, Thailand, France, Spain, Uzbekistan and Kazakhstan will also be repatriated.

Till now, three days after bookings opened, a total of 67,833 requests have been registered for repatriation. These requests are from students, migrant workers, short-term visa holders faced with expiry of visas and also patients seeking treatment for terminal illness and other medical emergencies.

First two flights landed in Kerala on Thursday night. The first repatriation flight brought back around 175 stranded Indians from Abu Dhabi and landed in Kochi around 10:15pm(local time) on Thursday. The second flight landed at Kozhikode airport at 11:30pm, which brought back close to 400 Indian from Dubai.

Flight no. AI381 from Singapore has landed in Delhi.
Welcome home.

Thank @airindiain @MoCA_GoI, Bureau of Immigration and Delhi Government for cooperation and support.

This was followed by a flight from Dhaka that landed in Srinagar on Friday afternoon.

From passengers to the government officials, everyone has applauded Air India for their commendable service during these tough times.

Around 150 Indians who have lost their jobs in Riyadh in Saudi Arabia have boarded the flight which is expected to land tonight .

As of 7pm on Friday, 177 Indian from Bahrain have completed their check-in from the Manama International airport, and the flight will soon take off to reach Kochi tonight.

Few hours away from reaching back home, passengers of the first #AirIndia flight from Bahrain to Kochi under #VandeBharatMission at Bahrain International Airport. @IndianDiplomacy @MEAIndia @PMOIndia @MoHFW_INDIA @airindiain pic.twitter.com/Zizr4gsEeT

Third and fourth evacuation flights from Dubai to Chennai will also be taking off on Friday soon. Passengers on the Dubai Airport are being screened, and their temperatures are being checked too.

Keeping in mind that some of these returnees will need to quarantine themselves, the Health Ministry has issued additional guidelines for facility quarantine / isolation. The passengers who will be suspected or confirmed cases of coronavirus will be quarantined in alloted private facilities like hotels, service apartments, lodges etc.

As per the guidelines, the facility owners will have to declare whether they want to have their facility has quarantine zone or isolation zones, as both cannot be in one facility.

A single-occupancy room with attached washrooms on paid basis will be alloted to cases. The tariff of the room will have to be decided in consultation with the government.

Other than this, Wi-Fi has to be provided to the returnees. The food has to be sent to the rooms on time and the confirmed cases should not be allowed to meet any visitors or come in contact with anyone except the medical experts. A trained doctor and nurse have to be appointed by every facility.