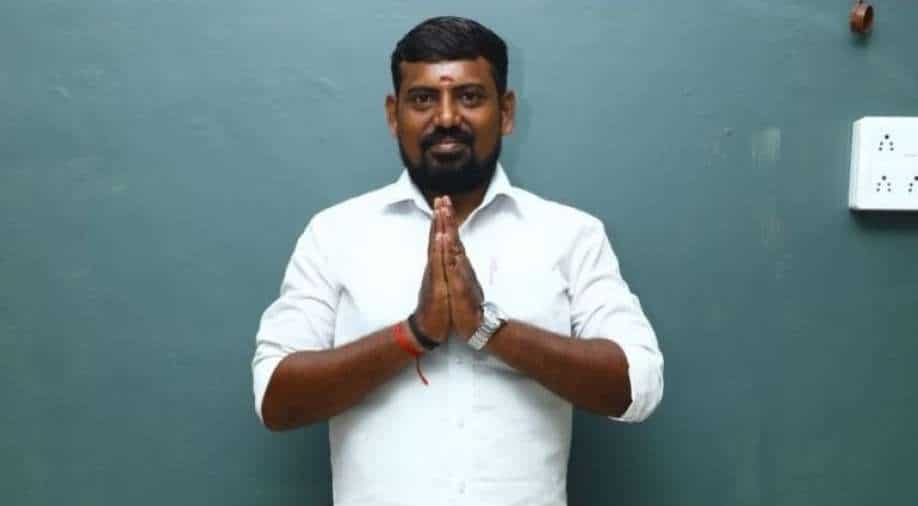 His poster with the list of gigantic promises is the talk of the town. But, before you decide to move to Madurai South Assembly constituency, there’s a catch and Zee Media spoke to Saravanan to understand what it is.

Elections in Tamil Nadu are an exciting time, with most mainstream political parties promising everything other than the sun and moon, as freebies.

Some promises by mainstream parties have included gold, livestock, mobile phones, TVs, fans, mixer-grinders, Washing machines, LPG cylinders, solar cooktops and what not! But this time around, an independent candidate from Madurai South has promised the moon, literally!

iPhone for all, 3-storey house with swimming pool, annual dole of Rs 1cr per house, car worth Rs20lakhs, small-size helicopter for every home, robot to perform household chores, 100 sovereigns of gold when girls are married off, funding of Rs1.cr for young entrepreneurs, Rs.10lakhs a month for differently abled, one boat per house, a 100-day trip to the moon, 300-feet artificial snow-clad mountain to keep the constituency cool, space research center and rocket launching facility are the promises put out by R. Saravanan, the independent candidate.

His poster with the list of gigantic promises is the talk of the town. But, before you decide to move to Madurai South Assembly constituency, there’s a catch and Zee Media spoke to Saravanan to understand what it is.

“Our mainstream parties have been promising freebies and coming to power and they ditch the people once elected. Why don’t they promise all this while in power? Sadly, our people are falling for this freebie gimmicks and I wanted to create awareness about this freebie culture” he says.

When asked about where this idea stemmed from, he said, all parties were promising freebies and that he wanted to take it to the next level. “I wanted to create awareness among the people of Tamil Nadu and urge them to vote for those candidates who would serve people, rather than the freebies that big parties promise”, he adds.

Contesting in his maiden poll, Saravanan says that he decided to lead by example and take the plunge into politics, as even the well educated lawyers and professionals were afraid and did not know the procedure to contest. He’ll be up against candidates from the DMK alliance, the AIADMK and AMMK, in Madurai South.On his unique polls symbol dustbin, he says it was the only option available after they didn’t get the Vel (spear) or weighing balance symbol that he had asked for. “We’d like to clean up the literal (corruption, bribes) and political mess that Madurai has been reduced to” he says.

When asked if he really would deliver on these promises if voted to power, he says laughingly, “it might sound a little difficult, but it’s possible, I told my family also the same thing”.