'Nations need to rise above divisions and work together,' says Modi at Shangri-La Dialogue 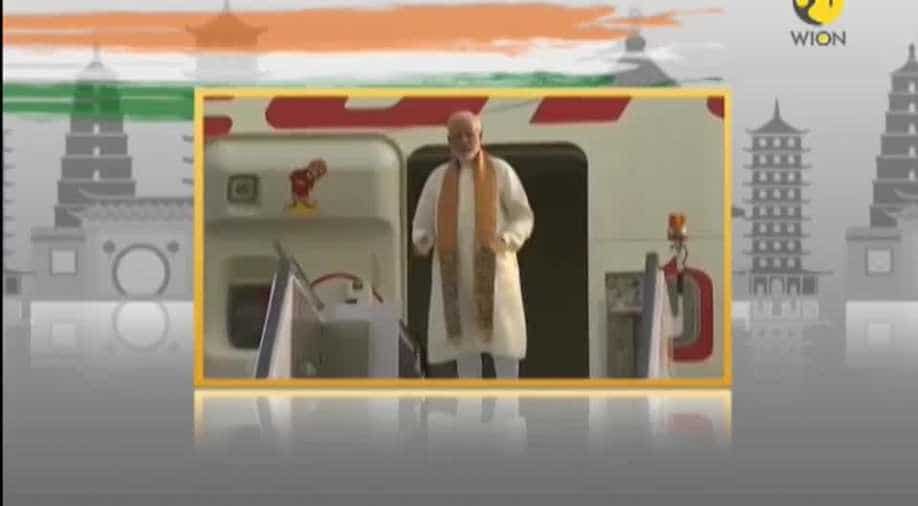 The much-awaited Shangri-La Dialogue started with renewed emphasis on the Indian and South East Asian connection. Prime Minister Narendra Modi said that the future resides in the East and the region can be shaped with collective hope. He said Singapore is an example of great excellence. “When rule prevails and oceans are open, nations prosper and Singapore is an example of it,” he said.

“Lion nation and Lion city is united by common values and Singapore is a gateway to East for us,” said Modi. He emphasised that in the past three decades, the lost connection with the East has been reclaimed. Modi said that oceans played an important part in our thinking even in pre-Vedic times. “Even in Puranas the geographical context of the country is in reference to the sea,” he said. He said that oceans carry 90 per cent of Indian trade and oceans have always played an important role in our region.

He acknowledged that trade in the region is growing significantly. He said that our relationship with other states is expanding with exceeding pace. “Global transit routes should remain peaceful and free for all,” he said. South East Asia is our neighbour by land and sea. Modi asserted that India’s role has increased in the ASEAN region. Modi emphasised that in all major grouping of nations of South East Asia, India is present. He described projects in which India is deeply involved in detail and country by country, ranging from Korea to Cambodia.

Modi also spoke about his bilateral meetings in Wuhan and Sochi.

He said that India’s cooperation with China is expanding. “Two-day meeting in Wuhan helped cement an understanding,” Modi said. “World will have a better future if India and China can work together,” Modi added.

He spoke about India’s deepening defence ties with South East Asian economies. “With Singapore, we have the longest and uninterrupted naval exercise which has lasted for 25 years,” Modi said. He gave similar examples of close regional cooperation between India and other countries when it came to naval affairs and patrolling of the sea. He said that our presence will grow in the region and will grow on the bed rock of peace.

He admitted that there has been a disruption in the global order. “Despite progress, we live in the age of uncertainty, clashing vision and competing models,” he said. He also said that internal disturbances are acquiring ethnic fault lines. “It is an interdependent world and nations need to rise above the divisions and work together,” he said.

Modi also renewed his faith in multilateral order and safe oceans for everyone. He also rued growing protectionism in goods and services. He continued to focus on rule based systems to ensure international stability in trade and commerce. Modi said that India is prepared to work with anyone to promote peace and trade.

He added that the great power rivalry must be avoided. He said that Asian cooperation will define the new century. “Differences should not be allowed to turn into disputes,” said Modi.

“Our roles will be inclusive. We are inheritors of Vedanta philosophy. The truth is one and learned speak in many ways. This is the way we engage the world. It is not dependent on the size of a country,” he said. He ended his speech on the note that by only working together, stability to the world order can be brought about.