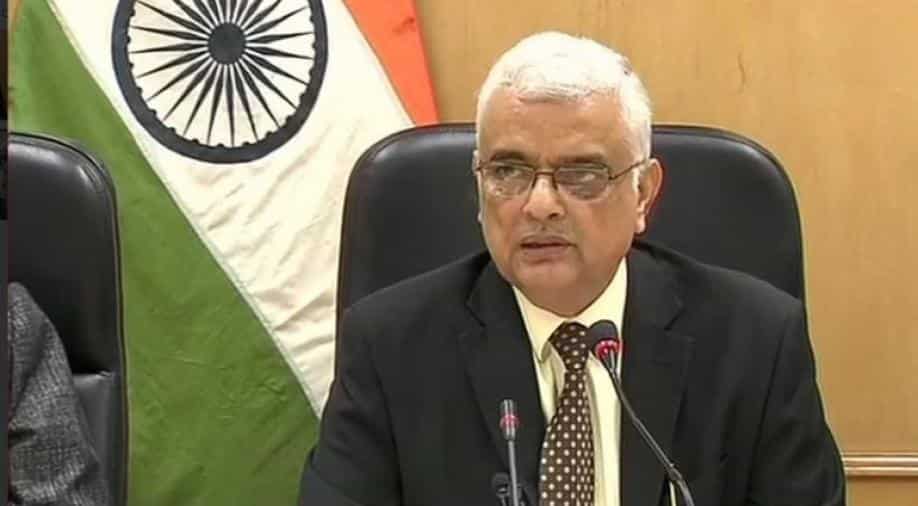 The Election Commission of India (ECI) on Sunday received the panel of names for the post of the state Chief Electoral Officer (CEO) from the Chief Secretary of Mizoram.

Noting that the Commission will only appoint someone as CEO only if he or she is capable of conducting a 'free, fair and peaceful election', the functionary said the poll body may demand for another set of names if it has reservations.

"The commission will either take a call or it will seek another panel, but only after reviewing the names," he added.

Meanwhile, SB Shashank, the incumbent CEO will also be meeting the top poll body officials for briefing them on the status of the poll preparations in poll-bound Mizoram.

"The Commission will again be meeting SB Shashank to know what exactly the level is and what should be done in Mizoram because the new incumbent will have very little time to deliver polls in the hill state," said the official.

"It will be crucial to the know the important inputs that should be given to the new person if appointed," he added.

The Commission will also be taking up the agreement between the ECI team and NGO Coordination Committee.

"In the agreement the coordination committee has agreed for conducting polling for Bru voters at convenient place in Mizoram and not outside the state," said a source.

"The agreement further states that CEO SB Shashank has lost the confidence of the civil society, so he should be changed," he added.

The senior poll official reiterated that it holds Mizo people in high regards and hopes that the election will be peacefully conducted in the hill state.