Missing Indian pilgrim found in Pak, to be deported to India today 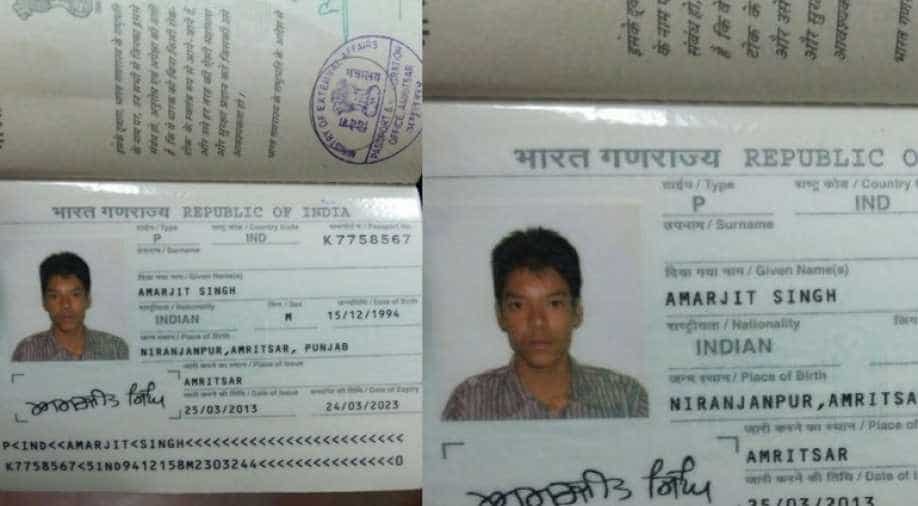 Preliminary reports carried that Amarjit, a Sikh pilgrimage, went to Pakistan along with other pilgrims for Baisakhi celebration at Nankana Sahib Gurdwara

According to reports, a 24-year-old man from a village near Amritsar who went missing from Panja Sahib Gurudwara in Pakistan has been found in Pakistan's Sheikhupura city.

Fresh reports suggest that Amarjit Singh had gone to Sheikhupura from Nankana to visit a Pakistani friend's house. Amarjit had told his friend Aamir Razzaq that he had a three-month-long visa

Amarjit's friend contacted the Gurdwara committee after watching the news on television.

Singh is to be deported to India, via Wagah, today.

Preliminary reports carried that Amarjit, a Sikh pilgrimage, went to Pakistan along with other pilgrims for Baisakhi celebration at Nankana Sahib Gurdwara.

Evacuee Trust Property Board (ETPB) officials confirmed that Amarjit’s passport – along with that of other Sikh pilgrims – was in the board’s custody. It was communicated that Amarjit did not return to receive his passport upon departure.

The incident came on the same day when Indian High Commission officials were prevented from meeting the pilgrims. Nearly 1,800 Sikh pilgrims, who were visiting Pakistan under a bilateral agreement facilitating visits to religious shrines, were stopped from meeting Indian diplomats.