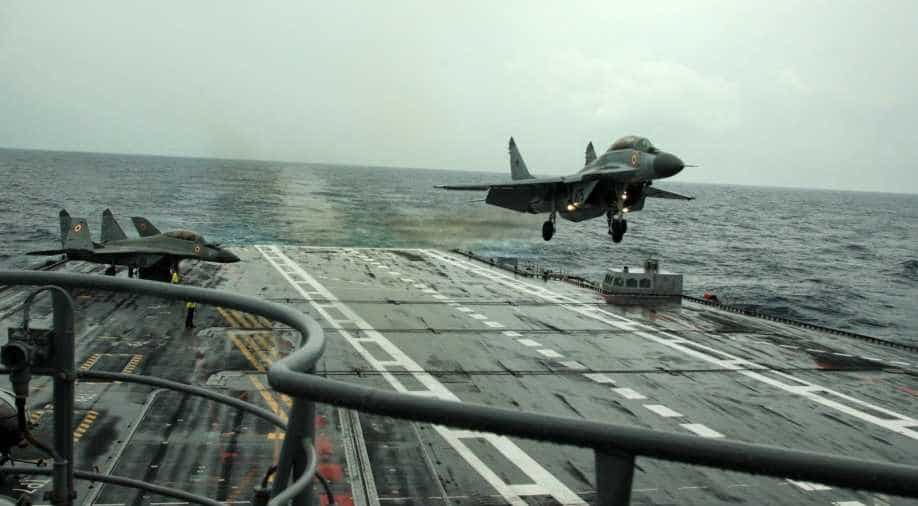 One pilot was rescued while the search for the other one is underway after a MiG-29K trainer aircraft crashed into the Arabian sea on Thursday evening, the Indian Navy said in a statement on Friday.

It added that one pilot recovered and progress to search the second one by air and surface units is ongoing.

Also read | In a first, India to deliver submarine to Myanmar navy

"An inquiry has been ordered to investigate the incident," it said.

The carrier was part of the recently-held Malabar exercise involving the navies of India, the US, Australia and Japan

About 40 MiG-29K fighter jets are under the possession of Indian Navy and some of them operate from the aircraft carrier.