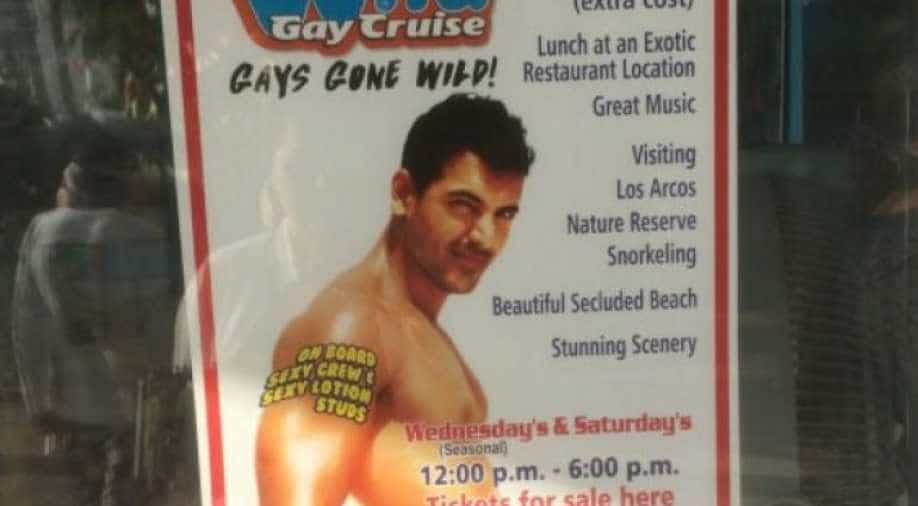 Wet & Wild Gay Cruise in Mexico has been using John?s image to promote itself. Image via @ArtActivistNia. Photograph:( Twitter )

The movie had its own humorous take on homosexuality which entertained many.

The comical chemistry between the male protagonists delighted many fans.

While the movie portrayed its lead actors in a glamorous avatar, it also popularised John Abraham like never before.

Undeniably, John Abraham is known for his unmatchable fitness, chiselled physique and good looks not only in India but all across the globe.

The former Gladrags Manhunt winner recently made headlines for a rather shocking reason.

Social media cracked up when images from a cruise in Mexico went viral.

Wet & Wild Gay Cruise in Mexico has been using John’s image to promote itself.

The poster of the cruise sports John's picture plastered all over and reads, "sexy crew and sexy lotion studs onboard".

Super curious if John Abraham knows they are using his image to promote gay cruises in Mexico. #Dostana pic.twitter.com/swURiDX793

The cruise offers open bar facility along with "lunch at an exotic restaurant location with great music," the poster notes.

The image of the poster was posted online by a Twitter user who wondered if the Force 2 actor is aware of his photo being used "to promote gay cruises in Mexico."