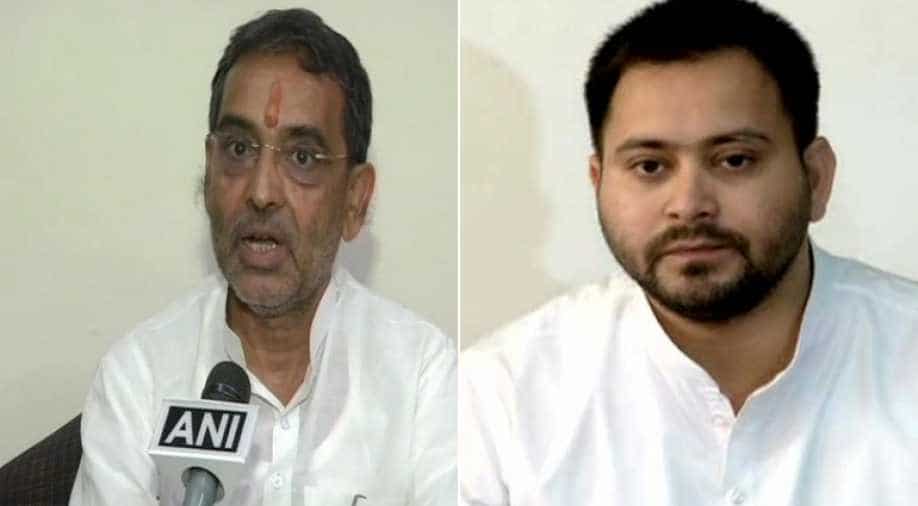 Kushwaha on Friday held closed-door talks with Tejashwi at the circuit house in Arwal hours after Bharatiya Janata Party (BJP) president Amit Shah met with Bihar Chief Minister Nitish Kumar in Delhi and announced that the BJP and the Janata Dal-United (JD-U) would contest 2019 Lok Sabha elections on an equal number of seats in Bihar.

Shah also said that a respectable share of seats would be given to other allies in 2019 Lok Sabha elections.

Kushwaha and Tejashwi`s meeting triggered speculation about the former's possible exit from the ruling NDA.

However, Kushwaha said, "Nothing is final on seat sharing. Amit Shah ji also said that we will finalise it in a few days. Meeting with Tejashwi Yadav was just a coincidence."

Reacting on the same, Tejashwi confirmed that the meeting took place but refrained from divulging details."Meeting took place. But it`s not compulsory to reveal what did we talk. Everything cannot happen in just one day."

"I had a scheduled event in Arwal and met him (Upendra Kushwaha) at the circuit house. Meetings are always positive. What conversation happened with whom, everything will be revealed in due time," he added.

Earlier, Shah informed that the RLSP chief and Lok Janshakti Party (LJP) chief Ram Vilas Paswan would continue to remain with the BJP.