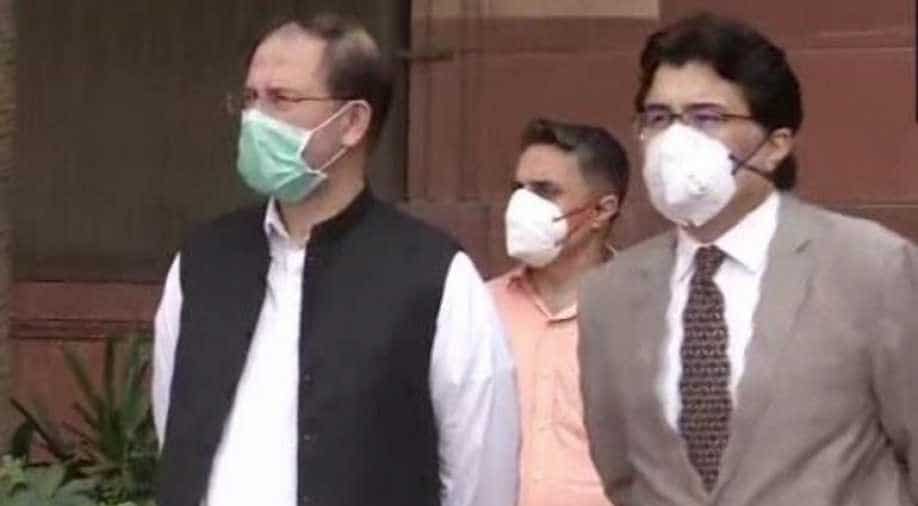 Pakistan's Charge d'affaires (CDA) to India was summoned to the Ministry of External Affairs and demarche on the reported arrest of two officials of the High Commission of India in Islamabad as reported in the Pakistani media.

The Ministry of External Affairs (MEA) a short while ago summoned Pakistan deputy high commissioner after two Indian high commission officials in Islamabad went missing. The matter has been raised with the Pakistan foreign ministry by the Indian mission.

Indian govt sources told WION that the Pakistani diplomat was handed over a demarche in which it was made it clear that there should be no interrogation or harassment of the Indian officials and the responsibility for the safety and security of the concerned diplomatic personnel lay squarely with the Pakistani authorities. The Pakistan side was asked to return the two officials along with the official car to the High Commission immediately.

The development comes days after two Pakistani officials at Pakistani high commission in Delhi were expelled by India after found spying by Indian authorities. Abid Hussain and Tahir Hussain, working in the visa section of the Pakistan high commission were nabbed while they were engaged in the unwanted anti-India activity.

It is believed since then Pakistan has been trying to find reasons to expel Indian officials on same charges in a tit for tat.

Back in 2016, India had declared one Pakistani high commission official Mehmood Akhtar as persona non grata after being apprehended by Indian law enforcement authorities while receiving sensitive documents.

According to Indian govt in a statement made in the parliament December 2016, during his interrogation, Akhtar revealed that he belonged to Baloch Regiment of Pakistan Army and joined Pakistan's spy agency Inter-Service Intelligence (ISI) on deputation. He was posted at the Pakistan High Commission in New Delhi since September 2013. The Pakistan High Commissioner was summoned by the Foreign Secretary with India registering a strong protest on the activities of Mehmood Akhtar.

In a bid to level the score, Pakistan declared an Assistant Personnel and Welfare Officer in the Indian High Commission in Islamabad Surjeet Singh as persona non grata.