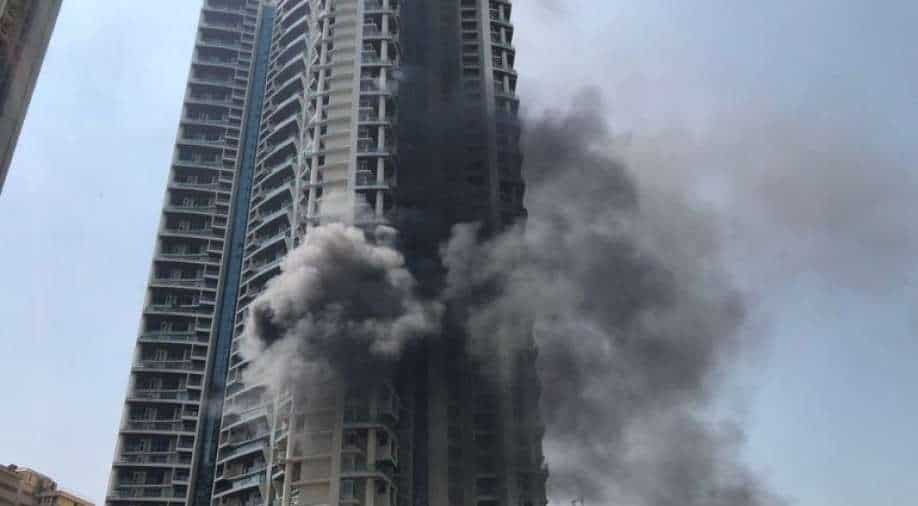 Mumbai Building Fire: Traffic on Curry Road Bridge has been stopped due to the fire. The police have barricaded the area.

On Friday afternoon, a level-4 fire broke out at a multi-story residential structure near the Lalbaug neighbourhood of Parel in South Mumbai.

There are up to 12 firefighter units on the scene attempting to put out the inferno.

On the 19th level of the Avighna Park Towers skyscraper, a fire has erupted.

At least one individual is said to have died as a result of the event.

The footage showed a guy plunging from the 19th storey of the building, which was engulfed in flames.

The huge fire emitted heavy plumes of black smoke that could be seen for kilometres in the air.

The bulk of the people, including numerous old folks and children, were able to flee on their own.

Soon after the tragedy, Mumbai Mayor Kishori Pednekar and other top district officials arrived on the scene to monitor the rescue operation.

The origin of the incident, which is suspected to be a short-circuit, is being investigated, and the building is stated to have all fire-safety precautions in place, according to the inhabitants.

As a huge fire raged on that floor, videos showed dark plumes of smoke rising.