Martyrdom of St Queen Ketevan is a story of courage: EAM Jaishankar 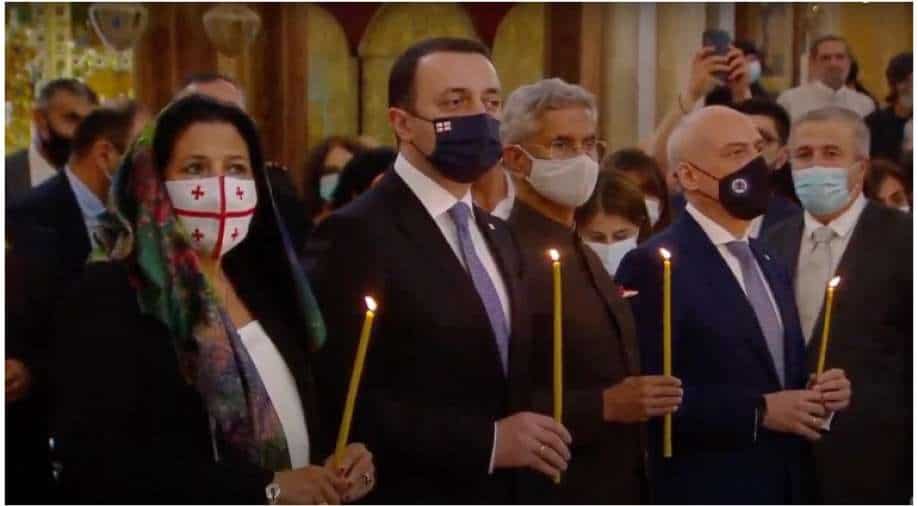 St Ketevan was a 17th century Georgian Queen martyred in Iran's Shiraz with her remains having been brought to Goa by the Portuguese in 1627.

In a mega ceremony with pomp and splendor in Georgia's capital Tbilisi, India's External Affairs Minister S Jaishankar officially handed over part of the relics of St Queen Ketevan to government. St Ketevan was a 17th century Georgian Queen martyred in Iran's Shiraz with her remains having been brought to Goa by the Portuguese in 1627.

Speaking at the ceremony at the Sameba Holy Trinity Cathedral, Jaishankar said, "Given the immense spiritual value that this relic holds for the people of Georgia, we had kept this sacred heritage as our own. The martyrdom of St Queen Ketevan is a story of courage and sacrifice." The event saw the participation of Georgia's top political and religious leaders including His Holiness Beatitude Ilia II, the Catholicos-Patriarch of All Georgia.

While a part of the relic has been permanently handed over, a part remains in India.

"One part of the holy relics still remain in India as a reminder of our shared past", said Jaishankar adding, "The presence of some of the relics in India and Georgia is a bridge of faith between our two countries"

This is the first visit of an Indian external affairs minister to the country since the country's independence in 1991. During the visit, Jaishankar held talks with his Georgian counterpart David Zalkaliani. The last time any Indian EAM and Georgian foreign minister met was in Delhi in 2000. The meet was between the then Georgian FM Irakli Menagarishvili & Indian External Affairs Minister Jaswant Singh.

Connectivity was the key focus of the talks in Tblisi, with EAM at the joint presser alongside PM Irakli Garibashvili saying, "We had a discussion on connectivity...And whether it is land, maritime or air connectivity, I think we have agreed that it is in our mutual interest to promote it and to do so expeditiously."

There are 8000 Indian students in Georgia. A number of Indian movies have been shot in the country.

EAM thanked the Georgian govt for the "care that you have taken of the Indian student community" amid the Covid pandemic, saying "you went the extra mile to look after our students in many cases help them come back home and then come back to Georgia for their studies and I do want on their behalf to really convey our appreciation."

The country has a number of investments in hydroelectricity, steel, power transmission and power sector.
Lauding the country's pro-investment policies, EAM said, "I really applaud your ranking, I am sure that if there was a wider appreciation of that in India you would see an even more enthusiastic business interest in India."