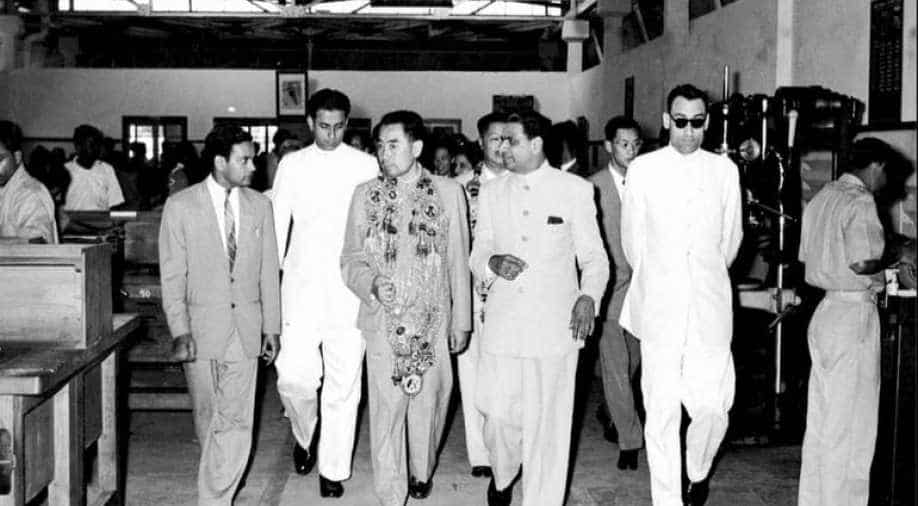 Prime Minister Zhou Enlai arrived in the then Madras on December 5, 1956 on a two-day visit.

In two days, Indian Prime Minister Narendra Modi will be hosting Chinese President Xi Jinping in the seaside heritage town Mamallapuram for an informal summit. While the upcoming visit has been much talked about, there remains a lesser-known visit to Mamallapuram - that of the first Chinese Premier Zhou Enlai in December 1956.

According to the Hindu Newspaper archives, “Prime Minister Zhou Enlai arrived in the then Madras on December 5, 1956 on a two-day visit. He was received at the Meenambakkam airport by Madras Governor Sri Prakasa and others. Later he was accorded a Civic Reception at the Corporation Stadium (now Nehru Stadium) the same day.”

Additionally, “Enlai also visited Mamallapuram and toured the monuments and sculptures on December 6, 1956; while also speaking to the news media on the international situation. During his visit, he also toured the famed Gemini Studio and the Integral Coach Factory (ICF). Governor Sri Prakasa hosted at a banquet at the Raj Bhavan during Zhou’s only visit to Madras”. 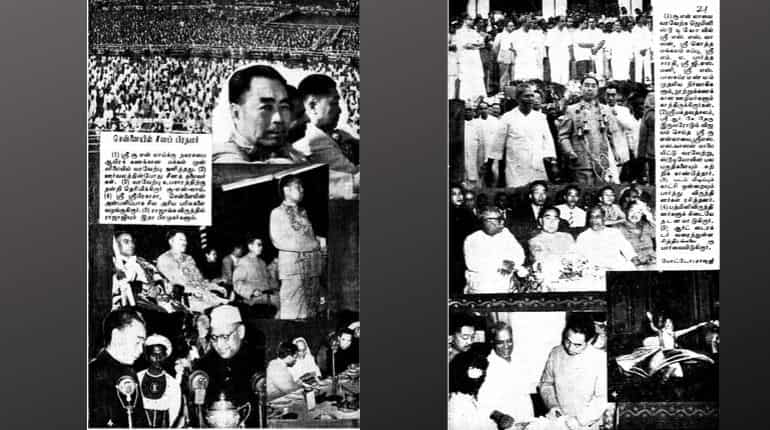 Photographs from the iconic Ananda Vikatan magazine (above) depict the gathering of thousands that had congregated to welcome Zhou at the then Corporation Stadium. SS Vasan (owner of Gemini Studios), joined by hundreds of his employees had greeted Enlai and taken him on a tour of the property.

Enlai and his delegation witnessed a film shooting in-progress at the studio and also a dance programme by actress Padmini.

The visit concluded after Prime Minister Enlai Departed for Asansol from Meenambakkam airport on December 7, 1956.

The Pallava rulers of Mamallapuram are known to have had defence and trade ties with the Chinese and other South East Asian nations from the early 8th century.