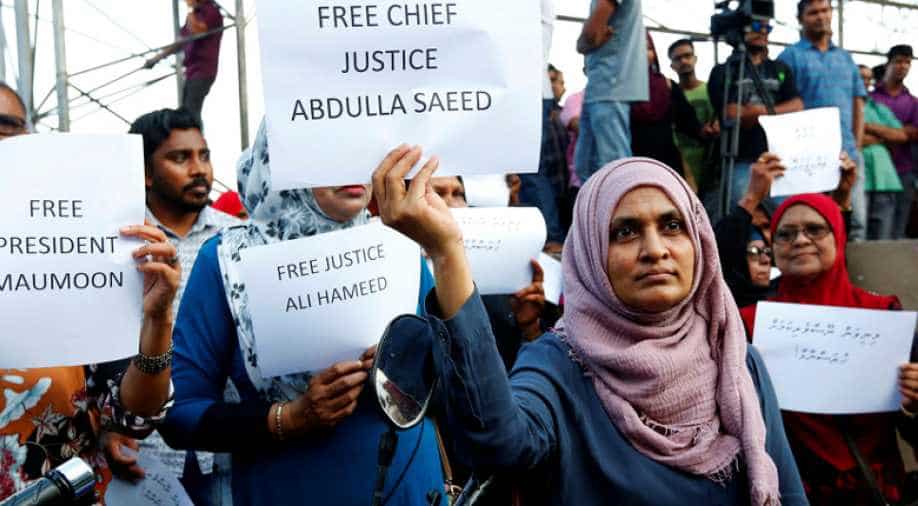 Maldives health minister Dunya Maumoon resigned today pained by the arrest of his father as the crisis in the island nation continued unabated.

“Today, at this time of pain and crisis for both my family and my country, it is my sincere hope to see my father home at the earliest,” Maumoon said, adding, “I call upon the international community to support the Maldivian people to help us overcome this crisis and to build a stronger democratic system."

Maldives president  Abdulla Yameen had declared a state of emergency on February which was extended by 30-days after the Supreme Court gave its approval.

Dunya's father is Maumoon Abdul Gayoom, who is also the president's half-brother. Gayoom ruled the country for 30 years until 2008. He was arrested last month as the government crackdown on several top government officials including the chief justice who was put behind bars.

“He is not just my father, but the father of the nation, who has built this country and has earned the respect and love of the people,” Dunya said.

Last week the Maldives government had arrested at least another four opposition members under the state of emergency laws for protesting against President Abdulla Yameen's government.

The United States, Canada including India, along with the United Nations, have urged Yameen to lift the emergency but the government has ignored all suggestions so far.

The government said in a statement it had to take "difficult steps" to safeguard the constitution and ensure that "civil and political rights" were protected.

Under the emergency, Yameen's administration has arrested the chief justice, another Supreme Court judge and former president Maumoon Abdul Gayoom on allegations of attempting to overthrow the government.