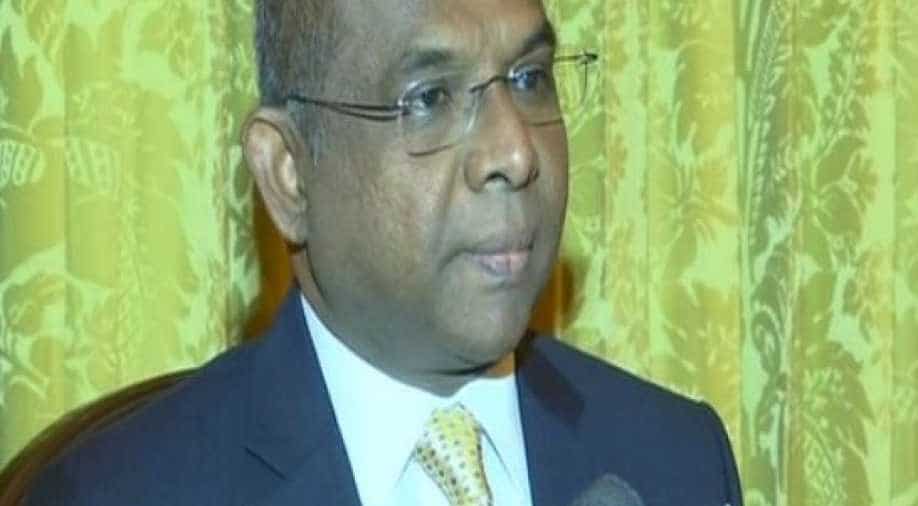 'Government assures the people, that it will always act in the national interest of Maldives and will not undertake any international engagement that will compromise the sovereignty and independence of the country,' Foreign Affairs Abdulla Shahid said.

The Maldives Government has strongly denied media reports which stated that India had offered US $1 billion to the Maldives in exchange for the deployment of Indian troops in the island nation.

The Minister for Foreign Affairs Abdulla Shahid said that the Maldivian territory would not be used for the establishment of any foreign military bases.

Taking to Twitter, Shahid said, "Categorically refute media reports alleging that government is planning to allow the establishment of an Indian military base in Maldives in exchange for financial assistance or other material benefits. It is baseless and aimed at discrediting the government as it starts to rebuild good relations with its neighbours and the rest of the international community."

"Government assures the people, that it will always act in the national interest of Maldives and will not undertake any international engagement that will compromise the sovereignty and independence of the country," he added.

Shahid was reacting to a news article published in a Japanese Daily, NIKKIE Asian Review, which stated that India offered Maldives US $1 billion in exchange for stronger security ties.

Abdullah Shahid was recently on an official visit to New Delhi, where he met top leaders including his counterpart Sushma Swaraj and Defence Minister Nirmala Sitharaman.

He described India as time-tested and a trusted partner. He showed commitment to strengthen bilateral trade ties between the two countries.

The Foreign Minister, however, mentioned that his country will closely work with all of its neighbours and the international community.

He also called China as a friend and one of the largest economies of the world whose assistance had benefited Maldives.

New Maldives President Ibrahim Mohamed Solih is scheduled to visit India on December 17 in keeping with his 'India-First' policy.