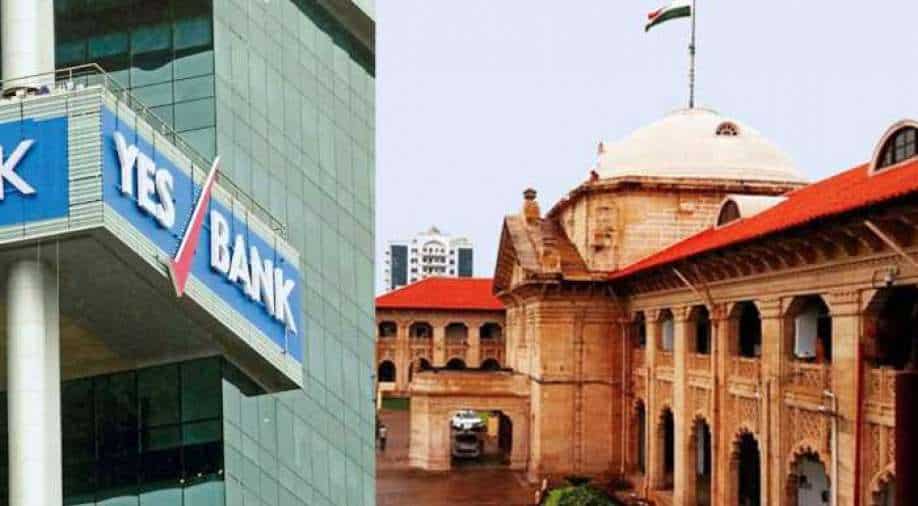 Yes Bank had challenged the freezing of shares by the crime branch in Allahabad HC Photograph:( WION )

The crime branch Gautam Budh Nagar police had issued a notice on Nov 5 to Yes Bank and NSDL for freezing the shares of Dish TV, which were pledged to the bank and later invoked by the lender

In a major setback to Yes Bank, Allahabad High Court has refused to interfere in a case related to freezing of DishTV shares by the Gautam Budh Nagar police of Uttar Pradesh Police which have been mortgaged with Yes Bank.

A bench of Justices Mahesh Chandra Tripathi and Subhash Vidyarthi wrote in its order, “We are of the opinion that the writ jurisdiction should not be exercised to stifle the legitimate investigation. It is well settled that the High Court should normally refrain from giving prima facie decision, in case, where the entire facts are incomplete and hazy, more so, when the evidence has not been collected and produced before the Court.”

HC further noted in its order that “the issues involved whether factual or legal are of magnitude and cannot be seen in their true perspective without sufficient material. In the present matter, we lack sufficient material. Therefore, we are of the opinion that disputed facts cannot be examined under Article 226 of Constitution of India and once efficacious statutory remedy is available to the petitioner against the notice impugned, then we decline to exercise our discretionary jurisdiction under Article 226 of Constitution of India. Accordingly, the writ petition fails and is dismissed on the ground of availability of statutory remedy”.

The crime branch Gautam Budh Nagar police had issued a notice on Nov 5 to Yes Bank and NSDL for freezing the shares of Dish TV, which were pledged to the bank and later invoked by the lender.

Yes Bank had challenged the freezing of shares by the crime branch in Allahabad HC, pleading that it has to exercise its voting rights in general body meeting to be held on November 30.

During the hearing, the prosecution labelled serious allegations of misleading by Yes Bank to the high court using manufactured documents.

The prosecution also blasted the plea of Yes Bank which was seeking quashing of FIR, saying that when the bank is not made an accused in the case, then on what basis is quashing being sought.

The prosecution also told to the court that freezing of the shares by the crime branch is based on 1.5 years of serious investigation into the various aspects of the case.

Dr Subhash Chandra, Mentor of Essel Group had filed a criminal complaint with the Gautam Buddh Nagar police, wherein he alleged that a conspiracy was hatched by Rana Kapoor, former chairman and CEO of Yes Bank, Venugopal Dhoot, former CMD of Videocon Group and others to cause loss by forcing the merger of Videocon D2H with Dish TV.

He alleged that Kapoor forced this deal so that the proceeds of the same can be transferred to Videocon and later to Yes Bank, as Videocon Group loans were on the verge of tagged as non-performing asset (NPA). He alleged that Kapoor has threatened if the deal is not done, then, he will recall all the loans given to the Essel Group companies.