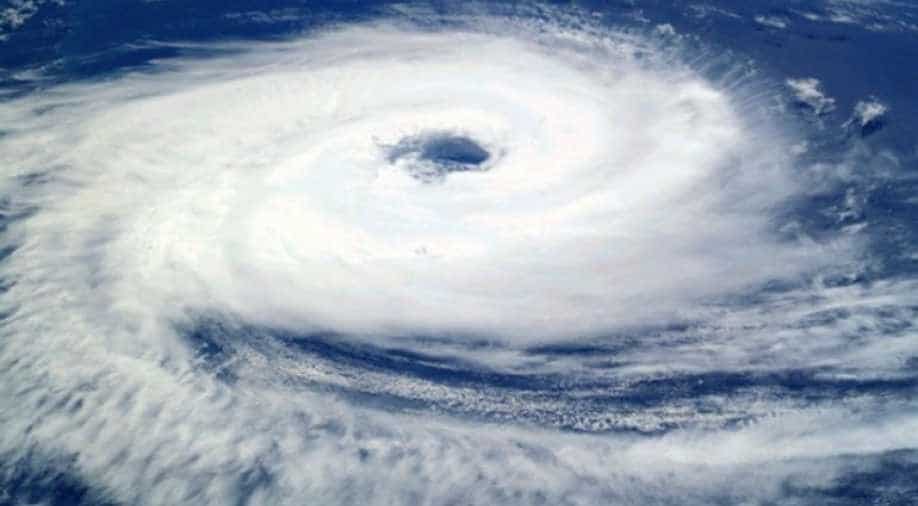 It is very likely to move northwestwards during the next 24 hours and towards west-northwestwards between Saturday to Monday and recurve east-northeastwards towards south Gujarat coast thereafter.

According to the India Meteorological Department (IMD), the severe Cyclonic storm Maha which was over east-central Arabian Sea has moved further west-north westwards with a speed of 19 kilometers per hour in the past six hours.

It is very likely to move northwestwards during the next 24 hours and towards west-northwestwards between Saturday to Monday and recurve east-northeastwards towards south Gujarat coast thereafter.

"Mahe is very likely to intensify into a Very Severe Cyclonic Storm over east-central Arabian sea during the next 24 hours," the IMD stated in its All India Weather Forecast Bulletin.

The weather forecast agency further forecasted that the Depression over the west-central Arabian Sea has also moved west-southwestwards with a speed of 24 kmph during the past six hours.

"It is very likely to move southwestwards across the west-central Arabian Sea maintaining the intensity of a Depression during the next 12 hours and weaken into a Well Marked Low-Pressure Area thereafter."Also, under the influence of cyclonic circulation over the Gulf of Thailand and neighbourhood, a Low-Pressure Area is likely to form over the north Andaman Sea on November 3.

"It is very likely to move west-northwestwards and concentrate into a depression over east-central Bay of Bengal during the subsequent 48 hours."

Due to the prevailing weather system, rain and thundershowers were observed yesterday at many places over Lakshadweep and at a few places over Madhya Maharashtra and at isolated places over West Rajasthan, Saurashtra, Kutch, Madhya Pradesh, Konkan and Goa.

Besides these regions, Coastal and North Interior Karnataka and Tamil Nadu, Puducherry and Karaikal were also battered by rains on Friday.