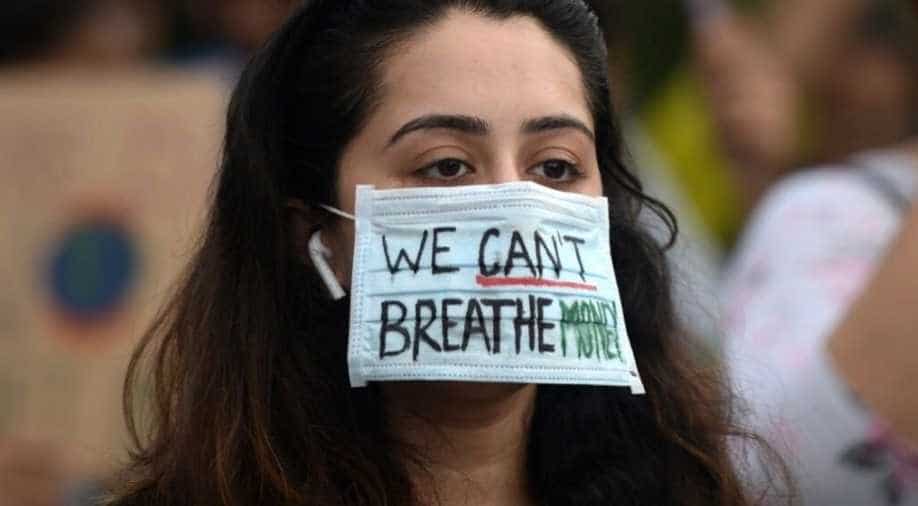 Maharashtra Pollution Control Board's (MPCB) plan for the city was submitted last month, with a slew of measures it believes will help Mumbai breathe clean air.

While Delhi had been struggling last month to get air quality markers under control, the entire conundrum around the need for clean air grew louder. Mumbai which often breathes a sigh of relief in this regard considering proximity to the sea and adequate rainfall has not fared too well on the pollution measuring indicators recently.

The air quality index in the island city has been hovering at 'poor' and 'very poor.'

In January this year, the Ministry of Earth sciences launched the National Clean Air Programme, a strategy to tackle increasing air pollution in a time-bound manner. Under the same plan, Mumbai is among one of 122 cities identified by the CPCB to scale down air pollution by 20% to 30%.

Maharashtra Pollution Control Board's (MPCB) plan for the city was submitted last month, with a slew of measures it believes will help Mumbai breathe clean air.

Some of them are the introduction of a congestion tax on private vehicles, the introduction of a 'clean air fund,' converting city's BEST buses into AC buses, two and four wheelers to be charged more for fuel and parking to encourage public transport. Lowering of fuel charges for public transport to slash bus fares and subsequently recovering losses from car-users. Increasing road tax from existing 10% to 25%.

In a day-long consultation seminar organised this week by Mumbai based environment protection organisations, in the presence of members of the civil society, activists and several like-minded individuals a detailed discussion on various aspects of pollution missing in MPCB's plan took place.

A detailed copy of recommendations will soon be presented to Chief Minister Uddhav Thackeray and pollution control body in the state.

Conversation Action Trust and Waatavaran, two of the organising members gave an array of suggestions ranging from transport emissions, industrial emissions, emphasis on the protection of existing green zones, airshed based approach to manage air pollution.

The recommendations of the public consultation were broadly divided into Transport, Data, Industry and Construction/demolition waste and biomass burning.

Debi Goenka, founder and executive trustee- Conservation Action Trust said, "the plan that has been presented is not authentic in nature, there are quotations from unknown people. The plan of action is completely vague, no individual on whom responsibility can be fixed the entire document is not implementable. For example, a section in the plan talks about consequences of industrial pollution in case of a violation, the comment section says 'MPCB issues show-cause notices,' there is no strict action that follows up."

Members at the congregation expressed displeasure that non of them had been asked for suggestions while the plan was being drafted, in fact their inputs on the same have not been included in the document.

Further, a detailed suggestion on improvising existing public transport by opting for an integrated approach to address mobility by building walking and cycling infrastructure to restrain private transport growth.

We live in the times of data analytics, however, the plan doesn't give clarity on the total number of monitoring stations and where they will be made. Need for data from the Continuous Emission Monitoring System to be made public for accountability of industry was also raised.

Industry centric solutions upheld the need to make industries accountable for their carbon footprint, necessitating the state pollution control board to deal with violations with an iron hand.

Over the years Mumbai city has seen large scale infrastructure projects cropping up in every corner, the state pollution control board needs to regulate the process of construction and demolition with builders and infra companies. Bulk emissions cause unprecedented toxic pollution which needs to be addressed.

While the situation in Mumbai may not seem alarming at the moment, the clock is already ticking with regards to climate change and pollutions levels in the city.

National Institute of Oceanography data reveals that the average rate at which sea level is rising has more than doubled in India from 1.27 mm/year to 3.22 mm/year in just over a decade. A worrying data because much of the infrastructure here is built on reclaimed land.

In October this year, a British journal in its research report published potential dangers of climate change Mumbai is staring at, indicating that anthropogenic climatic alterations will deluge sizeable parts of the city by 2050.

As per global environmental reports, Mumbai along with Guangzhou, Jakarta, Manila and Miami appears frequently on a list of cities endangered by climate change. A serious effort from the governing body is the most immediate need of the hour.