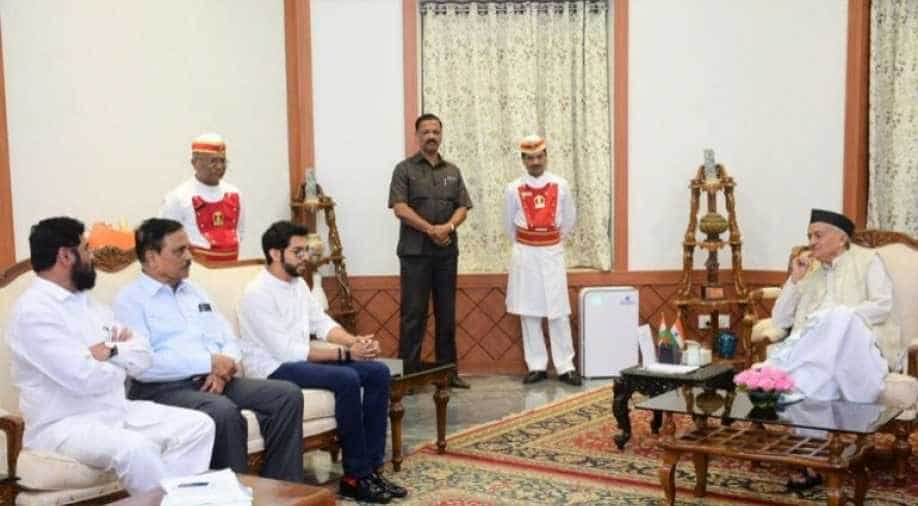 Interestingly, Koshyari had given time to the NCP till 8.30pm today to prove that it has the numbers.

With no end in sight to the impasse over government formation in Maharashtra, Governor Bhagat Singh Koshyari has recommended President’s Rule in the state and has sent a report to the Centre, news agency reported.

Interestingly, Koshyari had given time to the NCP till 8.30pm today to prove that it has the numbers after the Shiv Sena on Monday failed to get letters of support before the deadline set by the Governor who rejected its plea for three more days to do so.

Shiv Sena files petition in Supreme Court challenging Maharashtra Governor's decision to not extend the time given to the party to prove their ability to form government. Advocate Sunil Fernandez has filed the plea for Shiv Sena. pic.twitter.com/vVbZqCdtH5

Uddhav Thackeray-led Shiv Sena has filed filed a petition in Supreme Court challenging Maharashtra Governor's decision to not extend the time given to the party to prove their ability to form the government. Advocate Sunil Fernandez has filed the plea for Shiv Sena.

Meanwhile, Nationalist Congress Party's Nawab Malik today said that the party believes it is not possible to form an alternative government without the coming together of the three parties (Congress, NCP, Shiv Sena). "If the three don't come together, there cannot be a stable govt in Maharashtra," Malik was quoted by news agency ANI.

"All 54 MLAs were present. It has been decided that looking at the uncertainty in the state, we'll empower Sharad Pawar ji to take a decision on alternative government. A committee will be formed for the same which will be led by Sharad Pawar," Malik said.

He added that senior Congress leaders Ahmed Patel, Mallikarjun Kharge and KC Venugopal are coming to Mumbai and will meet Pawar at 5 pm today evening and that a decision will be taken after their discussion.

Shiv Sena leader Priyanka Chaturvedi reacting to reports of President’s rule in the state said ''How can the honourable governor recommend President rule till the time given to NCP doesn’t lapse?''.

After hectic parleys yesterday and today, the Congress party is yet to decide on supporting Shiv Sena in government formation. Congress interim President Sonia Gandhi on Tuesday dispatched senior party leaders to Mumbai to hold talks with NCP chief Sharad Pawar who is keen on joining hands with Shiv Sena to form the government in the state.

Sources: If the Maharashtra Governor imposes President Rule in the state, Shiv Sena can approach Supreme Court. Uddhav Thackeray has talked to Kapil Sibal and Ahmed Patel over the issue. pic.twitter.com/C8t1ZpqH8f