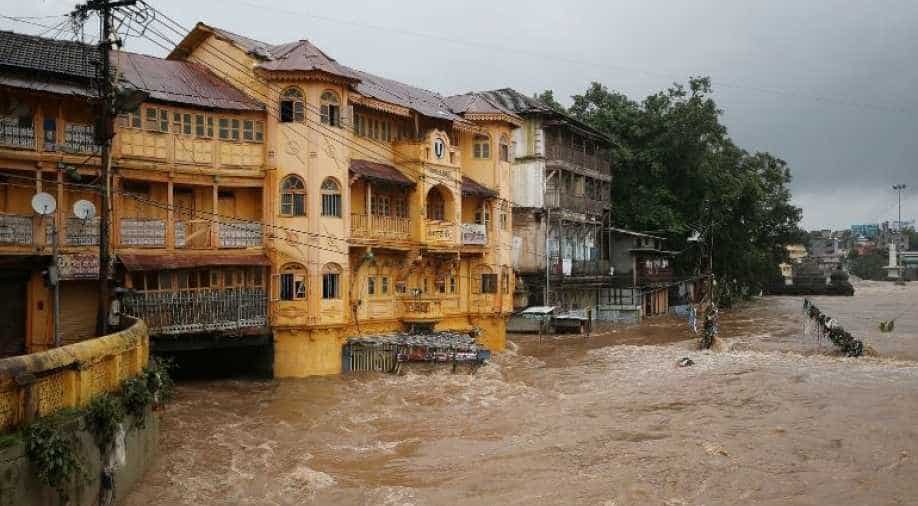 Houses are seen submerged in the waters of overflowing river Godavari after heavy rainfall in Nashik. Photograph:( Reuters )

As many as 30 people died and 10 were missing as on Saturday in Pune division as floods continue to batter Maharashtra.

An update from the Divisional Commissioner office in Pune revealed that 30 died, 10 were missing and over four lakh people were evacuated to safer places due to floods in the five districts of Pune division.

More than 200 roads and 94 bridges were closed in the division due to flooding and landslides.

Chief Minister Devendra Fadnavis on Saturday visited the flood-affected Kolhapur and Sangli, to take stock of the situation.

Also, more than 300 medical teams are working in Sangli, Kolhapur and Satara districts.