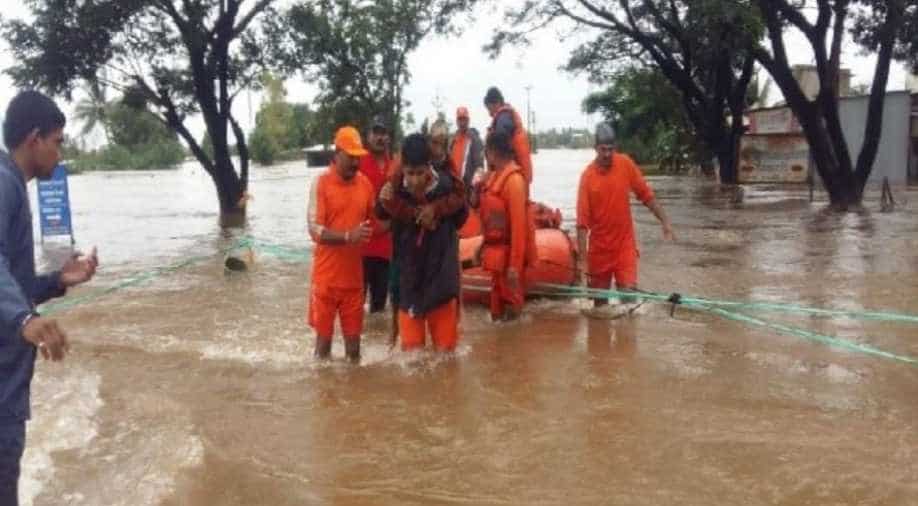 Till now, the NDRF has rescued over 3,000 and 2, 900 people from Kolhapur and Sangli district, respectively.

Five teams of National Disaster Response Force (NDRF) were airlifted from Punjab for the rescue operations in the flood-hit state of Maharashtra, sources said on Thursday.

The teams will arrive in Pune and spread to flood-affected areas of Sangli and Kolhapur.

Till now, the NDRF has rescued over 3,000 and 2, 900 people from Kolhapur and Sangli district, respectively.

As per an official statement by Divisional Commissioner of Pune Division, Deepak Mhaisekar, four people have died in Pune, seven in Satara, two in Sangli, two in Kolhapur and one in Solapur.

Incessant rains in several parts across the state have resulted in massive waterlogging and flood-like situation.

Rescue and relief operations are underway on a war footing in the rain-affected areas of the state.

Meanwhile, all trains services on Pune - Miraj section have been suspended with effect from Wednesday night, Central Railway officials said.

The decision was taken after the water level exceeds danger level at the bridge near Bhilavadi railway station.