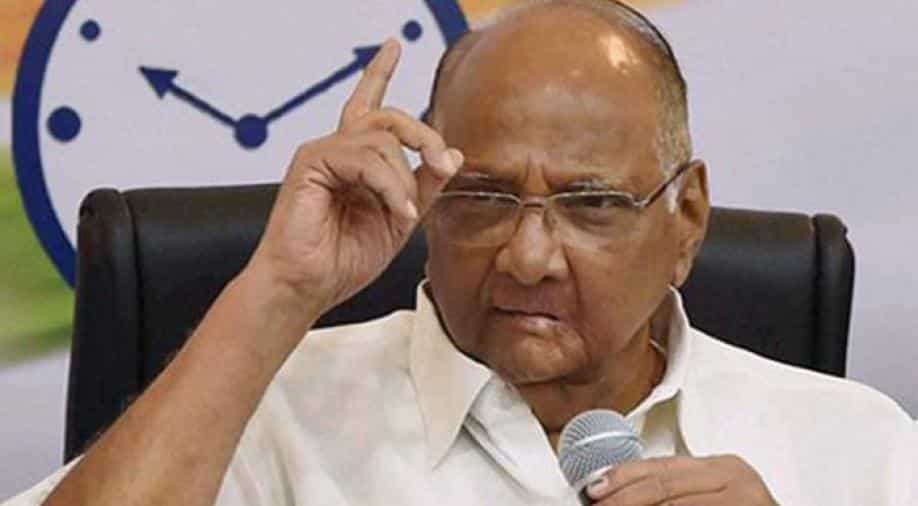 The announcement came more than a month after the results for the Assembly elections in the state ending weeks of flip flop over government formation in the state.

The Maha Vikas Aghadi alliance of Shiv Sena, Congress and NCP will stake claim to form the next government in Maharasthra and pending Governor's approval is set to be sworn in here on December 1, according to NCP supremo Sharad Pawar.

The announcement came more than a month after the results for the Assembly elections in the state ending weeks of flip flop over government formation in the state.

Shiv Sena chief and Chief Minister candidate of 'Maha Vikas Aghadi', Uddhav Thackeray: We will make this Maharashtra once again that Maharashtra which Chhatrapati Shivaji Maharaj dreamt of. #Maharashtra pic.twitter.com/qdrWe4G7OY

"Three representatives of 'Maha Vikas Aghadi' will meet the Governor today. Swearing-in ceremony to be held at Shivaji Park, Mumbai on December 1," NCP chief Sharad Pawar said during a joint meeting of Shiv Sena, Congress and NCP MLAs at a hotel here.

The meeting saw all legislators pass a unanimous resolution supporting Uddhav Thackeray's name as the chief ministerial candidate and the leader of 'Maha Vikas Aghadi'.

Shiv Sena chief and CM candidate of 'Maha Vikas Aghadi', Uddhav Thackeray: I accept the responsibility given by all of you. I'm not alone but you all are CM with me. What has happened today is the actual democracy. Together we will wipe off the tears of farmers in the state. pic.twitter.com/dUtxW3a4nS

The development comes after Devendra Fadnavis and Ajit Pawar resigned as the Chief Minister and Deputy Chief Minister of Maharashtra, merely three days after they were administered the oath.

Devendra Fadnavis resigns as the Chief Minister of #Maharashtra. pic.twitter.com/45ysg3CMx3

"I had never dreamed of leading the state. I would like to thank Sonia Gandhi and others. We are giving a new direction to the country by keeping faith on each other," Uddhav Thackeray said while addressing the gathering.

Shiv Sena confirmed that the Uddhav and other Maha Vikas Aghadi leaders will meet the governor later tonight and stake the claim to form the government.

On Wednesday in a special assembly session protem Speaker Kalidas Kolambkar is expected to swear in the new MLAs.