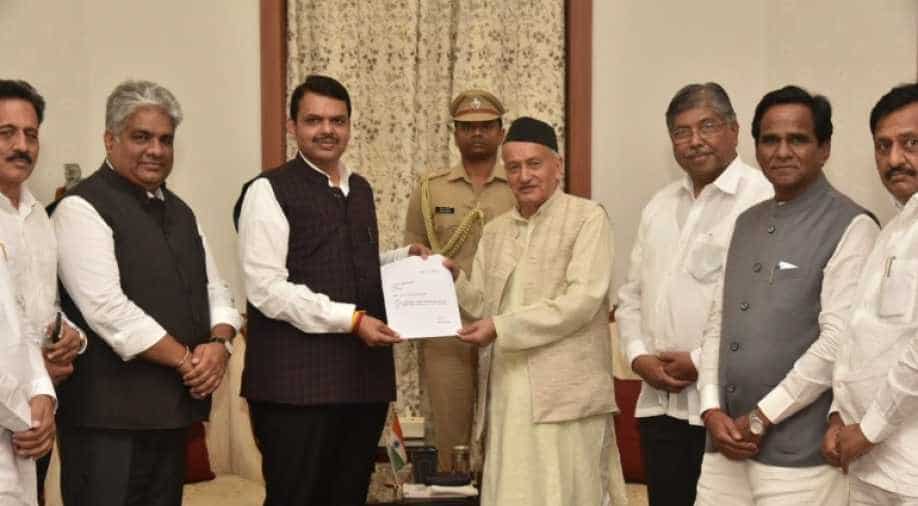 Earlier on the day, the Supreme Court ordered conducting floor test which will test the majority of the BJP government led by Devendra Fadnavis.

Devendra Fadnavis submitted his resignation as the CM of Maharashtra to the Maharashtra governor on Tuesday.

Addressing a press conference before his resignation, Fadnavis said Ajit Pawar has also quit as the deputy chief minister of Maharashtra.

He also said that the party formed the government after it received assurance from NCP chief Sharad Pawar that NCP will support the BJP. He added that when Ajit Pawar submitted his resignation today, they then took a call that will also not continue to remain in power.

Earlier on the day, the Supreme Court ordered conducting floor test which will test the majority of the BJP government led by Devendra Fadnavis. The SC gave its verdict while hearing a joint plea filed by Shiv Sena, NCP and Congress against the formation of government in Maharashtra.

On Monday, Shiv Sena, NCP and Congress, in a show of strength claimed that they have the support of 162 MLAs in Hotel Grand Hyatt in Mumbai. The three parties also submitted a letter to Maharashtra Governor Bhagat Singh Koshyari, mentioning that they have the backing of 162 MLAs and should be given the permission to form government in the state.

In a massive turn of events, Devendra Fadnavis took oath as CM of Maharashtra in the wee hours on Saturday. NCP's Ajit was also sworn in as deputy CM.

The swearing-in ceremony came at a time when NCP, Congress and Shiv Sena were finalising a deal to form government in the state. After the ceremony, NCP chief clarified that the party is not with BJP and will form an alliance with Congress and NCP.