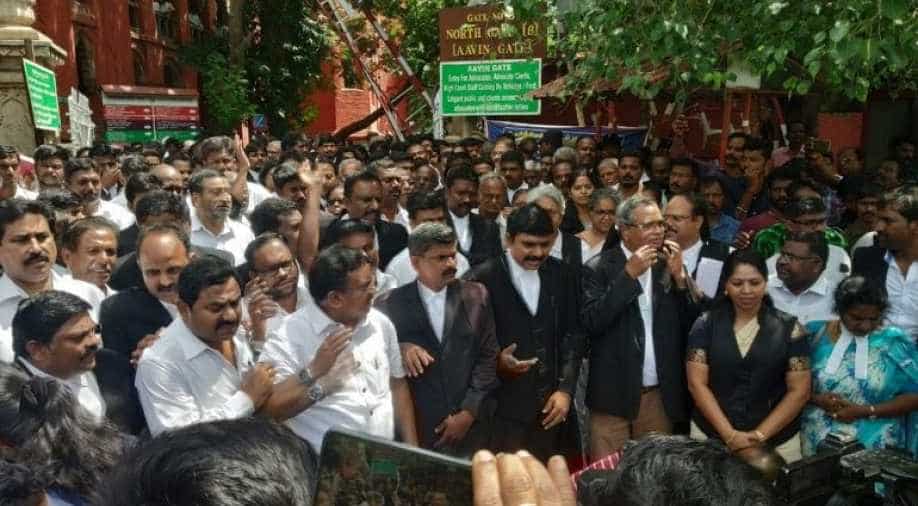 On September 6, Justice Tahilramani tendered her resignation protesting the transfer to the Meghalaya High Court.

Senior Advocates and Members of the Madras High Court Advocates Association, Bar Council and other affiliated bodies have called for a strike on Tuesday to protest against the Transfer of Chief Justice Vijaya Tahilramani to the Meghalaya High Court, which a collegium headed by Chief Justice of India Ranjan Gogoi had recommended.

On September 6, Justice Tahilramani tendered her resignation protesting the transfer to the Meghalaya High Court, after the Supreme Court Collegium passed a resolution rejecting her representation seeking to reconsider the transfer.

Speaking to WION, senior advocate NGR Prasad said, “there is no precedence of this kind of a transfer and a manner in which it was carried out. She is the senior-most judge in the institution and senior judges are promoted to the Supreme Court. It smacks of toxic masculinity”.

On Monday, a notice signed by the Assistant Registrar of the Madras High Court read, “The Hon’ble Chief Justice is not sitting in Court today, on 09/09/2019 Monday.”

The notice added that "urgent Motions and Admissions in Public Interest Litigations relating to Rights of Women and Children filed on or after 1st January 2019 (all stages) Public Interest Litigations and writ appeals or writ petitions relating to unauthorised constructions, land encroachments (including in forest land) (all stages) writ petitions or civil revision petitions relating to the decisions of Debts Recovery Tribunals and Debt Recovery Appellate Tribunal moved if any are permitted to be moved before the Honourable Division bench consisting of Dr Justice Vineet Kothari and Justice C Saravanan in court 2 on Monday."

Velmurugan, a Bar Council Member told WION, “ours is a fight for transparency as the Collegium is not transparent. This is a turning point, as the Chief Justice has stood up for her self respect. Senior-most judge with no blot on her record is being unceremoniously transferred. This is a grave injustice and we are bounden to raise our voice, there are precedents when the Collegium also has gone wrong”.

Responding to the calls for protest by Lawyers associations, Former Judge Justice K Chandru said to WION, “the policy of the Central government accepted by the Apex Court makes the chief Justice always come from outside the State. There are 25 High Courts across India, only a few states have a common High Court. Strength of a bench depends on the number of cases, for instance, one cannot compare the bench in a city like Chennai or Mumbai or Delhi with a Northeastern state. Many judges also consider a posting in the Madras High Court as a punishment, due to the volume of cases and frequent protests, also in the last 30 years no judge from Madras High Court has been transferred to Mumbai or Kolkata, we always get transferred to Jharkhand, Rajasthan, Orissa.”

Senior advocate R Vaigai told WION, “Justice Tahilramani is the senior-most Judge, how is it right to shift her to a small court? There are no complaints here against her. Justice AK Mittal is to be transferred to Madras High Court. He is coming from a small court to a large one like Madras, where the cases are higher, the additional jurisdictions are more and the state population is a lot more. The people of Tamil Nadu ought to be given a good deal by the means of a Chief Justice.”

“Transfers are always made for administrative reasons, so many judges have been transferred, it is standard government jargon. Justice Tahilramani did not want to accept it and she resigned. Once a judge sends a resignation letter to the President, it applies immediately and there is no question of it being rejected, except in the case of a future date of resignation. Until the President notifies an acting Chief Justice, it is standing procedure for the slated case to go to the second court. Lawyers last went on a protest, nearly a year ago, now this issue has come handy for them to agitate”, Justice Chandru added.