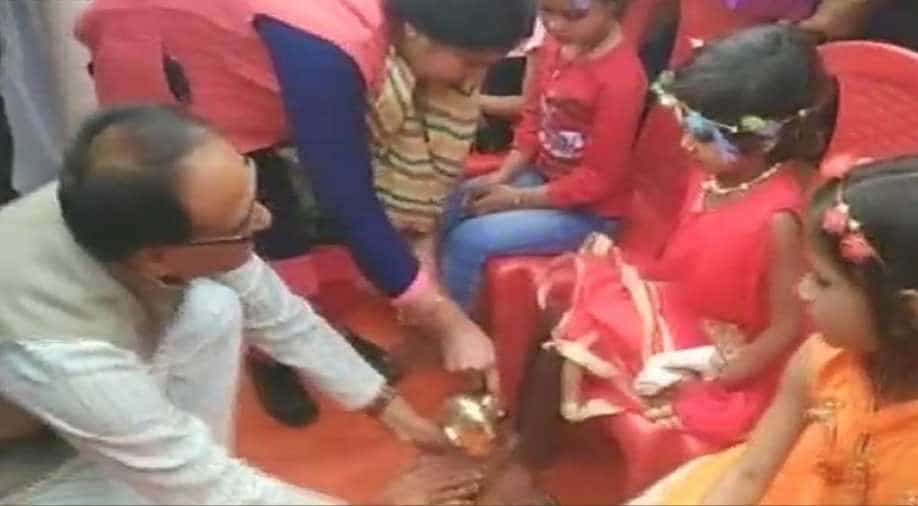 The chief minister had distributed Rs 2100 and gifts to the tribal girls. Photograph:( ANI )

The people in Madhya Pradesh's Shivpuri village have claimed that the district administration took away gifts and money that was gifted to them by chief minister Shivraj Singh Chouhan.

The villagers said that the money and gifts were taken away by the district administration during the Sahariya Sammelan on December 9.

#MadhyaPradesh: Villagers in Shivpuri say "during Sahariya Sammelan on 9th December, officials of the district administration took away gifts and Rs 2100 distributed by Chief Minister Shivraj Singh Chouhan to the tribal girls, as soon as the CM left". pic.twitter.com/enSiNK5ea7

Defending his administration, the collector has said that the girls were given Rs 100 and not Rs 2100.

He said the villagers had "some confusion".

The girls were only given Rs 100, and not Rs 2100. In addition, sweaters were also distributed as gifts. Maybe villagers have some confusion: Shivpuri Collector pic.twitter.com/MBkwGXCfqp