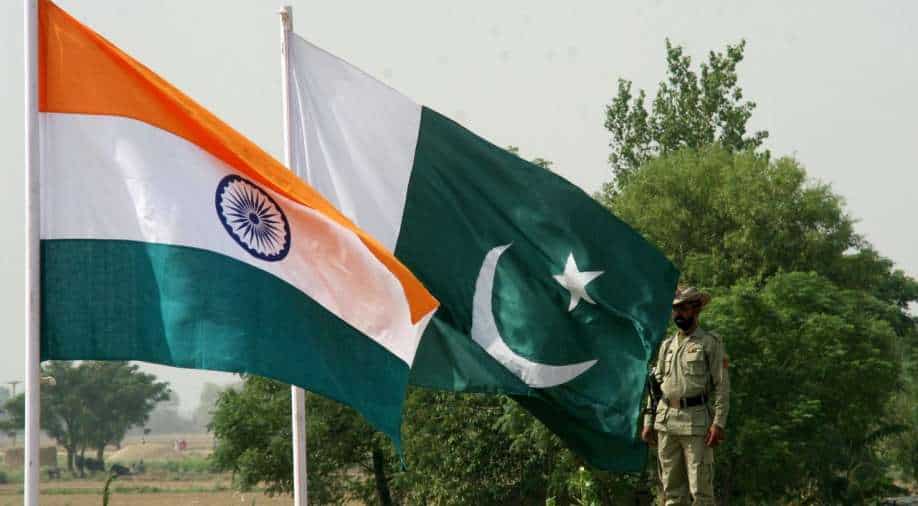 A lot has been happening in and around India -- Pakistan wants to talk peace; China remains aggressive; Myanmar has seen a coup. And Sri Lanka has scrapped a key project with India.

The neighbourhood first policy will hence need a reboot.

The Pakistani army chief is talking peace. General Qamar Javed Bajwa has said, "It is time to extend a hand of peace in all directions."

The message is not lost on anyone.

General Bajwa is talking about India here. You may wonder why this is significant.

Pakistan has offered to talk many times. And India has declined every invitation, citing its zero tolerance policy against terrorism.

What's different this time? It's the tone of the general.

Bajwa was at the graduation ceremony of Pakistan Air Force cadets.

He chose this opportunity to tone down the rhetoric.

Pakistan follows a military doctrine of "bleeding India with a thousand cuts". Now its army chief is talking about "peaceful co-existence".

This could be an outreach.

Or simply an attempt to make the right noises before the FATF, or the financial action task force, sits down to review terror financing in Pakistan.

It is too soon to make any assessment. But with his words, the general has certainly caught New Delhi's attention. It may be time to review the stand.

India has tried everything with Pakistan.

The prime minister began his first term with his Pakistani counterpart in attendance -- the first of its kind invite. But we know how things went downhill from there.

Seven years on, it may be time to engage, and see what kind of pressure India can put on Pakistan to deliver.

It's a gamble. But India isn't spoilt for choice here.

Min Aung La-ing is now saying the coup is legal and was inevitable. And the Western powers are in no mood to forgive.

The United States has classified the takeover as a coup. But China seems to be blocking any efforts to reinstate democracy in Myanmar.

Yesterday the United Nations Security Council failed to condemn the coup. Because China vetoed the statement.

At the same time, Beijing took offence when journalists asked if China had supported the coup. Or if it gave a tacit consent to military rule.

Chinese foreign ministry spokesman Wang Wenbin to this end said, "Relevant theories are not true. As Myanmar's friendly neighbouring country, we wish that all sides in Myanmar can appropriately resolve their differences, and uphold political and social stability."

China rejects the suggestion that it supported the military takeover. But it still won't call what happened in Myanmar a coup. And it continues to cast a shadow over India's ties with its neighbours. Like Sri Lanka.

Colombo has now gone back on a deal it made with India and Japan.

The east container terminal deal agreement has been scrapped. It was signed in 2019.

India and Japan had joined hands with Sri Lanka. They had agreed to develop a strategic terminal at the colombo port.

India and Japan would have owned 49 per cent of the shares in the terminal.

The Indian High Commission in Sri Lanka issued a statement reminding Colombo that this was a trilateral agreement. The statement asks "all sides to abide by existing understandings and commitment".

But the Rajapaksas are unlikely to relent.

At the same time, a compensatory offer has been made. Reports say Sri Lanka's cabinet has approved another proposal -- to develop the western terminal at the Colombo port.

It remains to be seen how India will respond. And then there's one more neighbour orchestrating most of this trouble -- China.

It remains as difficult as ever.

Next time someone says 'love thy neighbour', think of India's lot.