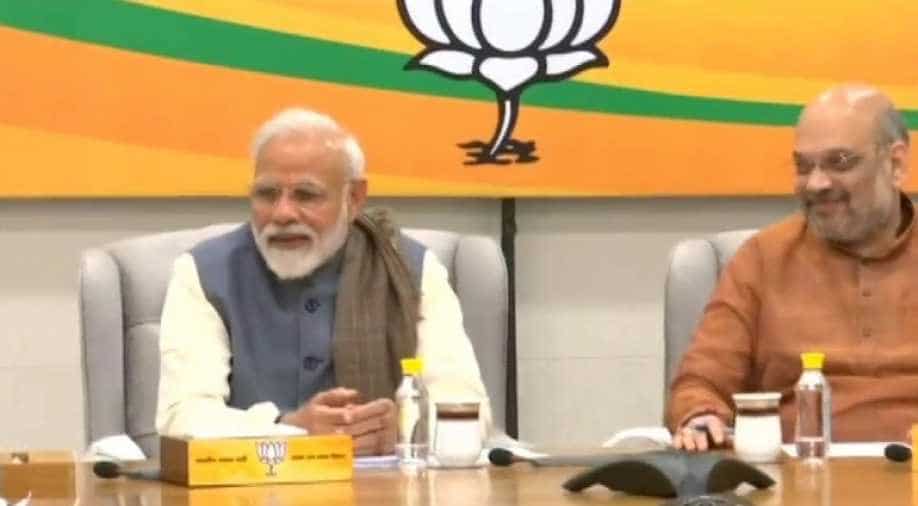 The lists include almost all candidates for those seats where polling will be held in first two phases.

The BJP has announced the names of 297 candidates for the Lok Sabha polls in six lists released so far, including Prime Minister Narendra Modi from Varanasi and party chief Amit Shah from Gandhinagar.

The lists include almost all candidates for those seats where polling will be held in first two phases.

The party released three lists on Friday and one on Saturday.

Party leader Anurag Thakur has been renominated from Hamirpur.
Veteran party leader and sitting Kangra MP Shanta Kumar has been replaced by Kishan Kapoor as the BJP nominee from Kangra in Himachal Pradesh.

With these candidates, the party has so far announced the name of its 297 candidates for the election to the 543-member Lok Sabha which will be held in seven phases beginning on 11 April and ending on 19 May. The counting will take place on 23 May.

The names for the first two phases have been cleared by the BJP's central election committee (CEC), headed by its chief Amit Shah and including Prime Minister Narendra Modi.

The names of its 17 candidates for Bihar Lok Sabha seats were shared with media by the BJP in a joint press conference with its allies in Patna.

The party is contesting on 40 Lok Sabha seats of Bihar in alliance with JD(U) and the LJP, where both BJP and JD(U) will fight on 17 seats each and the LJP on remaining six.

The big names which were announced on Saturday include Ravi Shankar Prasad who will be now the party's candidate from Patna Sahib replacing film actor and sitting MP Shatrughan Sinha.

The party also announced the candidature of its national spokesperson Sambit Patra from Puri, where Modi's name was also speculated as a candidate.

The party has also changed the seat of Union minister Giriraj Singh from Nawada to Begusarai in Bihar.

The highlight of the first list was the party's decision to field Shah from Gandhinagar in place of its veteran leader L K Advani.