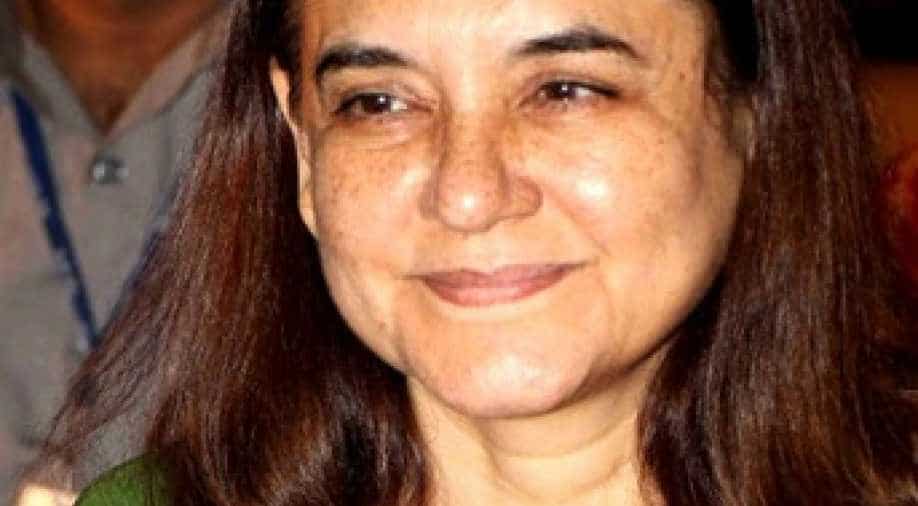 Gandhi had earlier been a member of Parliament from the Uttar Pradesh's Pilibhit constituency, while her son Varun Gandhi had fought the elections from Sultanpur.

Union Minister and BJP leader Maneka Gandhi on Thursday filed her nomination from the Sultanpur parliamentary constituency in Uttar Pradesh.

Before filing her nomination from the constituency, Maneka undertook a five-km-long roadshow.

Gandhi had earlier been a member of Parliament from Uttar Pradesh's Pilibhit constituency, while her son Varun Gandhi had fought the elections from Sultanpur.

The BJP has swapped their seats this time.

Speaking to news agency ANI, Maneka had said, "The development works in Sultanpur, if I am elected, will continue in the same way they did in my previous constituency."

She also asserted that the work initiated by Prime Minister Narendra Modi will "trump" the SP-BSP-RLD alliance in Uttar Pradesh.

"I am sure that BJP will win the election and form government," she added.

Gandhi had earlier been issued a show-cause notice by the Election Commission for her remark during a poll speech in Sultanpur.

While addressing a rally in Sultanpur, Maneka had said that her win from Sultanpur Lok Sabha constituency is certain "with or without" the support of Muslims and the community should realise it since they will need to get their work done once the BJP is in power.

Following this, the EC had also banned Gandhi for campaigning for 48 hours.

The polling in Uttar Pradesh will be held in all seven phases which started on April 11.

Sultanpur will vote on May 12.

The counting of votes will be held on May 23.