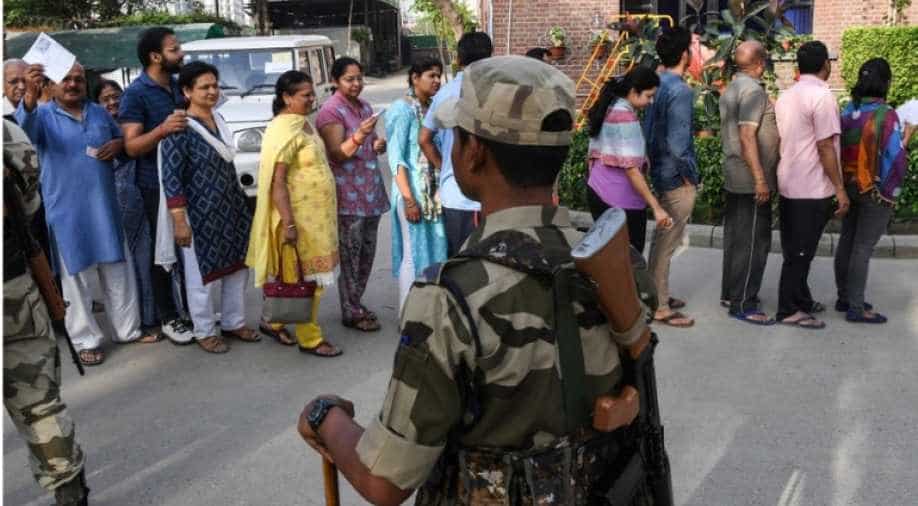 A turnout of 68.44 per cent was recorded in 95 Lok Sabha constituencies across 11 states and a Union Territory on Thursday in the second phase of polling which was marred by stray incidents of violence in West Bengal and Jammu and Kashmir and EVM glitches in seven states.

Polling was held for 95 Lok Sabha seats in 11 states, with Tamil Nadu voting in 38 of its 39 constituencies, and the union territory of Puducherry.

While elections were cancelled in Tamil Nadu's Vellore constituency over the fear of abuse of money power, the poll was postponed to April 23 in Tripura (East) seat as there were apprehensions that law and order could be disturbed by miscreants.

Overall voter turnout was recorded at 68.48%