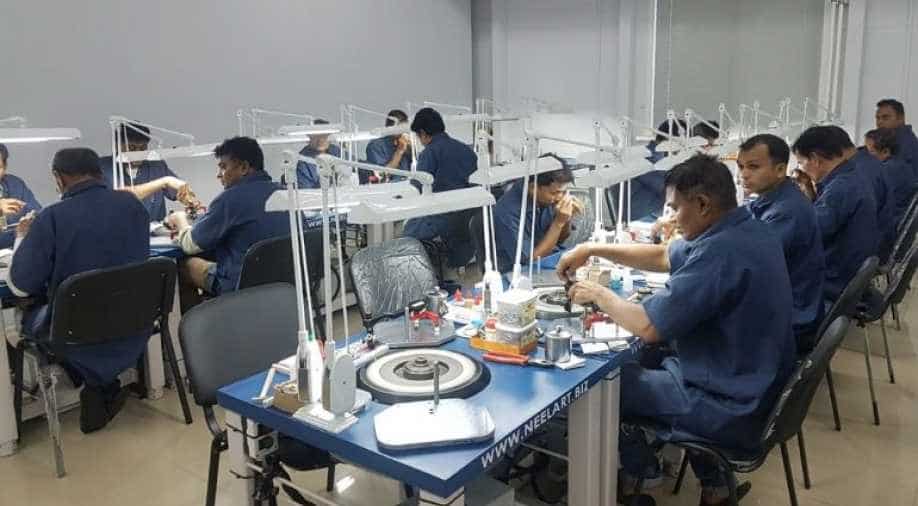 With a lot of Chinese and Koreans, Indians too can be spotted. Indian diaspora is small but effective. Indians are involved in tea and diamond industry.

Vladivostok is a place where you would least expect Gujarati diamond workers to work in good numbers. It is a city located in the far east of Russia and gone through a tremendous transformation.

It was the last city to fall for the Bolsheviks when the Russian revolution broke out and Czarist Russia came to an end.

Today, it is a free port and home to a healthy global diaspora.

With a lot of Chinese and Koreans, Indians too can be spotted. Indian diaspora is small but effective. Indians are involved in tea and diamond industry. Then there are Indian students as well. Though Gujarati diamond workers remain the tip of the Indian diaspora. Changes in global diamond industry have led to expansion.

Indians have benefitted immensely. Now, Russia, Botswana and South Africa want their rough diamonds to be polished and trimmed in their own country. They want value addition to a raw product to remain within the national territory. This has created an impetus for the Gujarati and Rajasthani diamond merchants to diversify and become global.

Vladivostok boasts of a small but highly skilled Gujarati worker from Surat in the city. They are very well taken care of the lot.

Most of them are vegetarians. The firms which host them ensure that they do not miss Gujarat much. Last time, when Gujarat’s Chief Minister Vinay Rupani was in Vladivostok, he ended up eating at one of the diamond merchants' canteen because it was all Gujarati and to top it all Jain food. So, Gujarati’s can find their khakhras in Vladivostok.

Many firms are also bringing local Maharaj’s to prepare food for their workers. Russia is the biggest producer of raw diamond in the world and has opened a world of opportunity for Indian traders. Indian diamond merchants are also happy as they get regular and consistent supply of raw material.

Speaking to WION, Rajesh Kothari, a diamond merchant said,” Diamond industry is not being relocated from Surat. It is being expanded.” Vladivostok is itched in South Asian memory as a place where 100 years back, Japanese humiliated a Czarist Russia.

Today it is a cosmopolitan city which has become a gateway to Russia’s far East. In this case, it is supported by the Russian government as it wants to improve its development in contrast to European Russia.

Prime Minister Narendra Modi is the chief guest at the Eastern Economic Forum and will hold one to one meeting with Russian President Vladimir Putin.

Indian diaspora has its eye set on the meeting apart from the biggies of the energy sector but the bottom line is that the success of diaspora does not lie in big deals. It lies in big steps like common people like skilled diamond workers of Gujarat who leave everything behind to seek better pay and dividends. It is this spirit which defines Indian entrepreneurship and Gujarat personifies best of it.