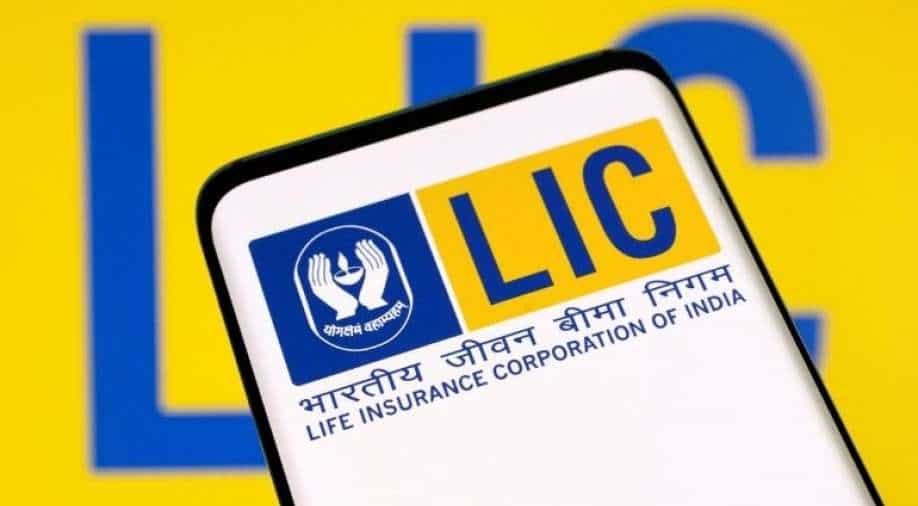 As per a report by Bloomberg, foreign institutional investors have mostly avoided India's largest share sale, finding it too expensive in light of currency uncertainties and the global market environment. Photograph:( Reuters )

The stock market debut of Life Insurance Corporation of India was on Tuesday at Rs 865 per share, which is around 9% lower than the issue price of Rs 949 per share.

Speaking on the occasion at BSE, Tuhin Kanta Pandey, Secretary, Department of Investment and Public Asset Management (DIPAM), said, "This is a momentous event. LIC IPO is in line with the Prime Minister`s vision. India is one of the most important emerging markets and it will be one of the fastest-growing economies in this decade."

"LIC Act was amended for the listing of IPO. Given the unprecedented size of the IPO, special measures have been taken. Special drives were carried out to spread awareness for the policyholders. People enthusiastically participated and 73 lakh applications were received, a record, and possibly the largest in the world ever while 50 lakh demat accounts were opened since then," said Pandey.

Watch | LIC's mega IPO gets an extra day for subscription

Kaku Nakhate, the president and country head of Bank of America, said, "We take pride to be associated with it. It is the first insurance IPO in India. 7.3 million applications were received for the IPO."

According to grey market data, LIC shares would list approximately Rs 15 to 20 below their issue price, but policyholders and workers will still profit because they received discounts. The country's largest insurer, LIC, has set a price range of Rs 902 to Rs 949 per equity share for its Initial Public Offering (IPO).

The issue price is Rs 949 per share because the IPO is completely subscribed. Policyholders received a Rs 60 reduction per equity share, while retail investors and employees received a Rs 45 discount on each share.