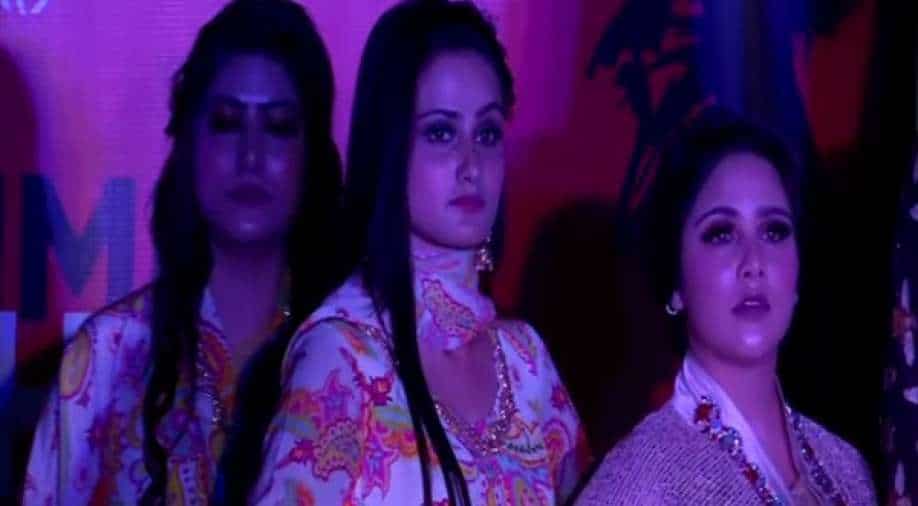 Kashmir is changing and it is important to map this change. In the last 14 days, Kashmir has hosted two fashion shows.

At least 500 guests attended the second fashion show. Among them- were some big names from Bollywood.

For Kashmiri artists, it was their stairway to Mumbai. India's maximum city, the home of the Hindi cinema. The burst of opportunity and multi-culturalism did not go down too well with some elements in the valley.

So the second fashion show was accompanied by protests. It was preceded by a terror attack.

Whenever a positive story comes out of Kashmir, a negative one imminently follows.

Because of some elements, it is important to highlight a grim picture of Kashmir.

On the day of the second fashion show, a territorial army soldier was shot in the valley.

His name was Mohammed Saleem Akhoon. He was on leave. He had gone home to visit his family. To meet his six-year-old son, his nine-year-old daughter. To spend time with his wife.

Terrorists attacked Akhoon at his home. They killed him and he was not the first soldier to be killed on leave.

In 2020, Shakir Manzoor was killed on his way home. Manzoor too was a territorial army soldier.

He too was a soldier on leave.

Those watching us from India will be familiar with the name-- lieutenant Umar Fayaz. He was just 22 and was abducted from a relative's home and killed. The young lieutenant Fayaz was also on leave. As was a soldier called Aurangzeb who too was killed the same year.

For quashing the dreams of the youth.For harassing youngsters for daring to dream Bollywood.For killing local men in uniform to deter the youth from donning it. But this strategy isn't working anymore.

Constructed fear has a limited shelf life. In Kashmir, it has expired.

The people of Kashmir have decided to take control of their lives. To dream big. Kashmir today is a story of hope.

Where fashion shows are not called off because a bunch of followers of some conservative cleric chose to protest.

Today, theatres are flourishing in Kashmir. The valley is being celebrated on social media like never before.

Yes, there are still challenges, there's no denying that. But there is also a clear wave of change. And this change is immune to politics and threats.