Leave me out of 'shameful event': Minister of State for Skill Development on Tipu Jayanti celebrations 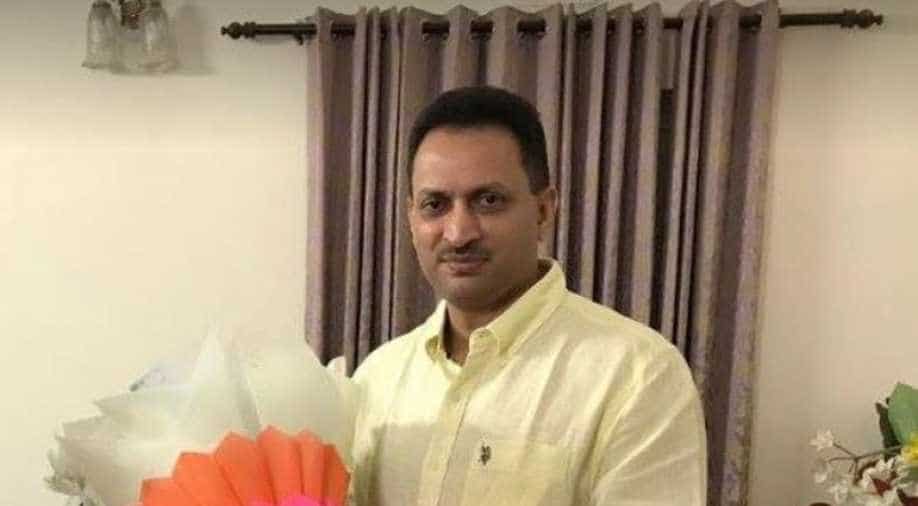 "Conveyed #Karnataka Govt NOT to invite me to shameful event of glorifying a person known as brutal killer, wretched fanatic and mass rapist," Anantkumar Hegde wrote on Twitter. Photograph:( Facebook )

Union Minister of State for Skill Development and Entrepreneurship Anantkumar Hegde has written to the Karnataka government asking that his name not be included on the invites sent out for the Tipu Jayanti celebrations on November 10.

ANI reported that Hegde had written to the Karnataka chief minister's secretariat and to the Uttara Kannada DC.

Conveyed #KarnatakaGovt NOT to invite me to shameful event of glorifying a person known as brutal killer, wretched fanatic & mass rapist. pic.twitter.com/CEGjegponl

Hegde, who is with the BJP, is the MP from Uttara Kannada.

"Conveyed #Karnataka Govt NOT to invite me to shameful event of glorifying a person known as brutal killer, wretched fanatic and mass rapist," Hegde wrote on Twitter. He also posted a copy of the letter he had sent to the CM's secretariat and the Uttara Kannada DC.

Karnataka Chief Minister Siddaramaiah said the invitation for the Tipu Jayanti celebrations would be sent to all central and state leaders. And that it was up to them to accept or reject the invitations.

Siddaramaiah added that "As part of government, he (Hedge) shouldn't have written it".

Siddaramaiah added that "It is being made into a political issue. There were four wars against British, and Tipu fought them all."

ANI however reported the BJP MP Shobha Karandlaje as saying "Tipu was anti-Kannada and anti-Hindu," and that "all the Kannadigas are opposing it".

Hegde had last year too asked to be left out of the celebrations.

News reports said he has been a vocal critic of the celebrations ever since they were started in 2015.

As the MP from Uttara Kannada, protocol demands that his name be included on invites sent out in the district.