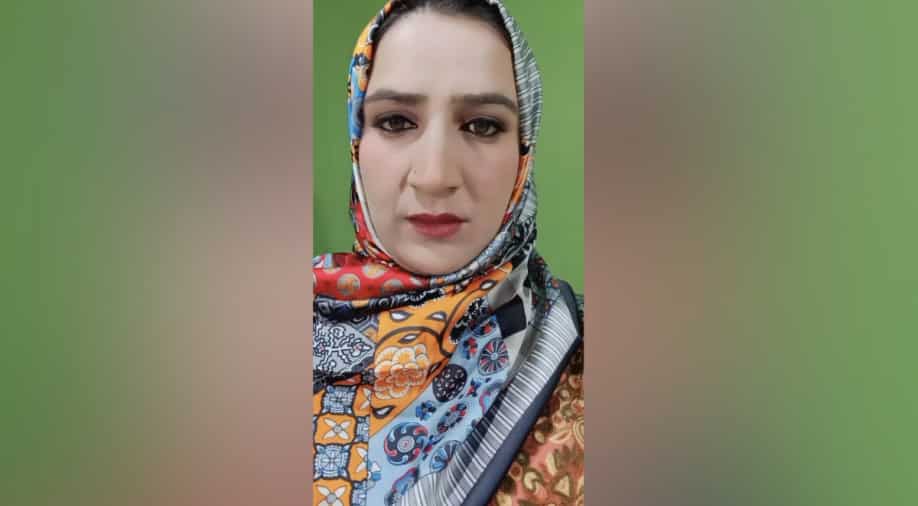 In the past week, there has been a spate of civilian and personnel killings by the terrorists in Kashmir

The brutal killing of Kashmir’s TV artiste Ambreen Bhat by terrorists just outside her house has sent shockwaves across the valley, with locals demanding immediate action against the terrorists.

Hundreds of people visited the 35-year-old’s house to pay their last respects. Several women were seen wailing for her death while the men remained shell-shocked and numb.

Ambreen's father, an asthma patient, keeps saying that Ambreen was his son and not daughter. She was the lone bread earner of the house. She was associated with TV for over 18 years, and she was famous on social media too.

The Jammu and Kashmir Police have said that three Lashkar terrorists are involved in the killing of the 35-tear-old star.

According to Ambreen's family, ''Two people knocked on the door of their house around 7.45 pm. Her nephew opened the door and found two people standing. They asked for Ambreen, and afterwards, she came out. They asked her to come with them for a filing related project in Budgam village, but she denied their request. That is when she was fired upon and one of the bullets hit her nephew,” said Ambreen's brother-in-Law.

Everyone in the locality is condemning this killing and saying no humanity in the world allows this kind of murder. Shooting a woman and a child is a sin, they say. However, the family claimed that Ambreen had received no threat of any kind in the past.

''Ambreen used to run this house, she used to earn some money by working in TV and helping in running the house. She has been snatched from us and we don't know what to do. I cannot do anything, but God will punish my daughters’ killers,'' said Ambreen’s father.

The political parties have also expressed outrage over the brutal killing.

Former Jammu and Kashmir chief minister Omar Abdullah expressed grief saying, ''Shocked & deeply saddened by the murderous militant attack on Ambreen Bhat. Sadly, Ambreen lost her life in the attack & her nephew was injured. There can be no justification for attacking innocent women & children like this. May Allah grant her a place in Jannat.''

PDP President and former CM Mehbooba Mufti blamed the government saying, ''Government of India keeps blowing its trumpet of normalcy in J&K even when such gruesome incidents suggest otherwise. My heart goes out to Ambreen Bhat’s family & pray her nephew recovers swiftly.”

In the past week, there has been a spate of civilian and personnel killings by the terrorists in Kashmir.

Earlier on Tuesday, terrorists shot dead a police constable outside his house in Soura area of Srinagar. His 7-year-old daughter was injured in the attack.

On May 13, another police constable Riyaz Ahmed was gunned down at his residence in Pulwama.

And just a day before, terrorists killed a government employee Rahul Bhat on the office premises in Budgam district.

The police and the army have their task cut out. In the backdrop of recent targeted killings, they need to tackle this cycle of violence and the atmosphere of fear across the valley.