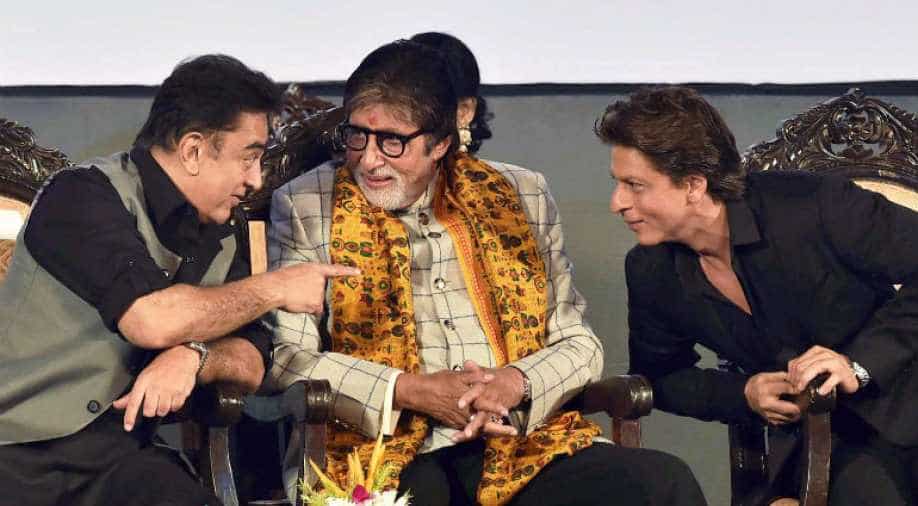 Curtains were raised on the 23rd Kolkata International Film Festival today with the screening of Iranian film 'Yellow'.

Altogether 143 films from India and abroad will be screened in the 8-day festival which was inaugurated at the packed Netaji Indoor Stadium.

The KIFF has become the landmark for showcasing best cinema across the world and he is happy to be back in a city which always holds special memories, Bachchan said.

Bachchan, who delivered the main address on the inauguration, said the Rajesh Roshan composed 'Chukar mere man ko' song which was shot in the same Netaji Indoor Stadium, the festival inauguration venue, for the film Yaarana.

Bengalis love music, from Tagore songs to Baul songs, he said described how Bengali culture had influenced the music in Hindi film industry for ages.

Acting legend Kamal Haasan said his heart swelled with pride to be considered family by the people of Kolkata.

"Here film festival is not just a ritual, but it is a celebration, of what we love as part of our lives. We belong to an august crowd like you that celebrates cinema every year in this way," he said.

Shah Rukh Khan said,"It is a wonderful feeling to come back to Kolkata and be with all of you and a big round of applause for you all for making this successful."

In her concluding speech, Chief Minister Mamata Banerjee said the KIFF is the number one in the country in a number of terms.

It is number one in terms of public participation, in terms of films screened in the festival venue and theatres across the city, in terms of the size of the screen where the inaugural film is shown, Banerjee said.

To the light hearted request by Bachchan to spare him from inaugurating the next edition of festival, she asked, "How can we organise the festival without Amitabh Bachchan?"

Iranian film maker Mostafa Taghizadeh's 'Yellow' was screened at a very large screen at the indoor stadium after the inaugural programme.

Delegates from more than 20 countries were attending the festival where 143 films from India and abroad will be screened between November 10 and 17.