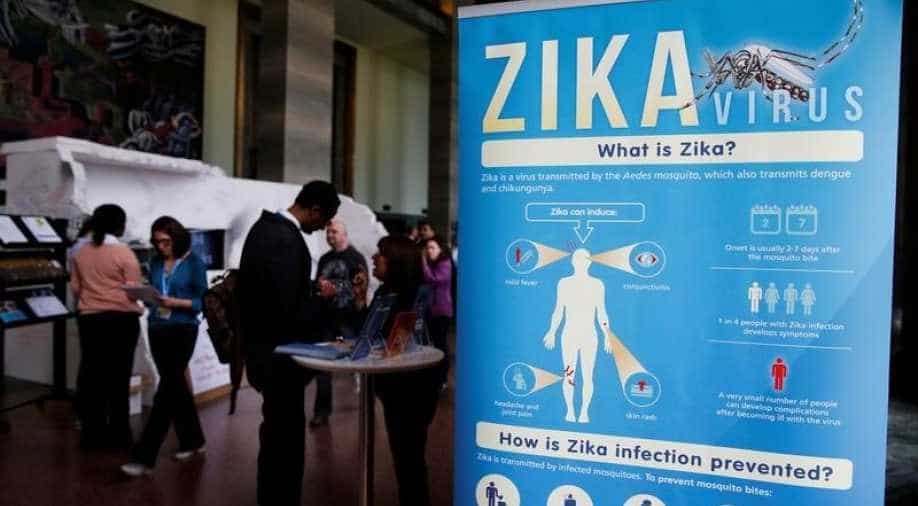 Material to prevent Zika infection by mosquitoes are displayed at the 69th World Health Assembly at the United Nations European headquarters in Geneva, Switzerland, May 23, 2016. Photograph:( Reuters )

A fourth case of Zika virus was reported from Kerala on Tuesday taking the infection count in the state to 23, the health department said.

"A 16-year-old Thiruvananthapuram native girl was found infected with the virus after the sample was tested at the Rajiv Gandhi Centre for Biotechnology," state health minister Veena George said.

The others who tested positive today included a doctor of a private hospital.

A Coimbatore-based lab confirmed that the 38-year-old doctor was infected with the virus after testing his samples, the minister said.

Two others, including a woman, tested positive for the virus infection in the southern state earlier in the day.

The affected persons were identified as a 35-year-old man, hailing from nearby Poonthura and a 41-year-old woman.

The samples were tested at the virology lab in the government medical college and at the Coimbatore-based laboratory, respectively.

The minister urged people to be vigilant as the number of those testing positive for Zika virus has increased in the state.

The testing for Zika virus began at the government medical college on Monday, she said, adding that a total of 15 samples had been tested on the initial day.

One of the persons, whose sample was tested, was found positive for dengue and all the other 13 samples tested negative for any virus, the minister said.