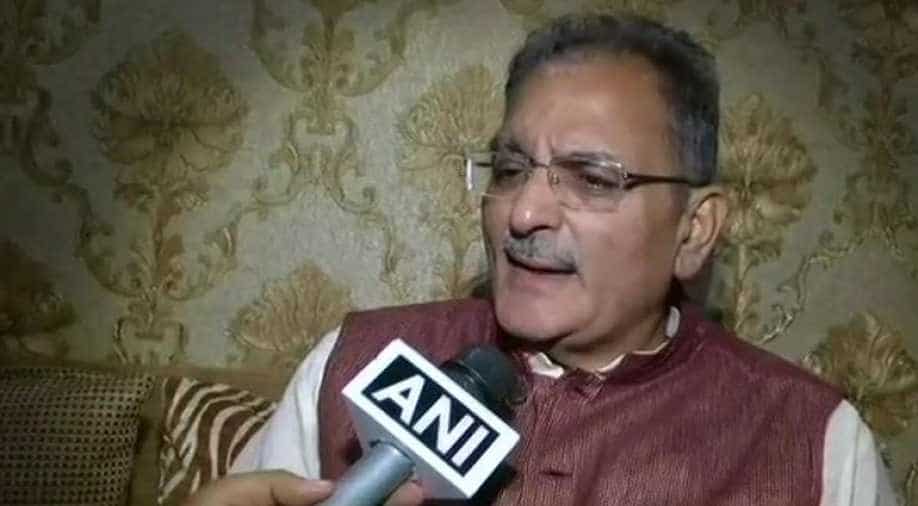 After being sworn in as Jammu and Kashmir's Deputy Chief Minister, Kavinder Gupta said on Monday that the Kathua gang rape and murder was a “small issue”.

The Kathua gang rape and murder had sent shockwaves through the nation.

An eight-year-old girl, belonging to a minority community, was allegedly abducted, gang-raped, and murdered in Jammu and Kashmir's Kathua district in January.

A video of Gupta's comment was posted by Congress leader Salman Nizami. In it, Gupta can be heard saying, “The Kathua incident is a minor one and shouldn’t be given much importance.”

After pro-rapist MLA was inducted in Ministry, this shameless/heartless BJP neta- Dy CM J&K Kavinder Gupta says Rape & murder of 8 year old girl in Kathua is a SMALL issue, shd not be given much hype. And his supporters Laugh.....! Shame BJP Shame. pic.twitter.com/6rkxSiBhhv

Gupta, along with seven others, took oath as ministers in the Mehbooba Mufti-led cabinet in Jammu and Kashmir, in the presence of the governor on Monday.

Also read: 13-year-old girl stripped, molested by gang of teens in Bihar. Attack filmed, no one comes to her rescue

Gupta, described as an old RSS hand, will be the new deputy chief minister in place of Nirmal Singh, who submitted his resignation last night, officials said.

The cabinet reshuffle was necessitated after two BJP ministers were forced to resign for attending a rally taken out in Kathua in support of the suspected rapists.

BJP national general secretary Ram Madhav, who attended the swearing-in ceremony, however said today's changes had no connection with the Kathua case.

Besides Gupta and Sharma, the new BJP faces sworn in as ministers were the MLAs from Kathua and adjoining Sambha, Rajiv Jasrotia and Devinder Kumar Manyal, respectively.