Kashmiri student studying at Bhubaneswar AIIMS missing for over a fortnight: Police 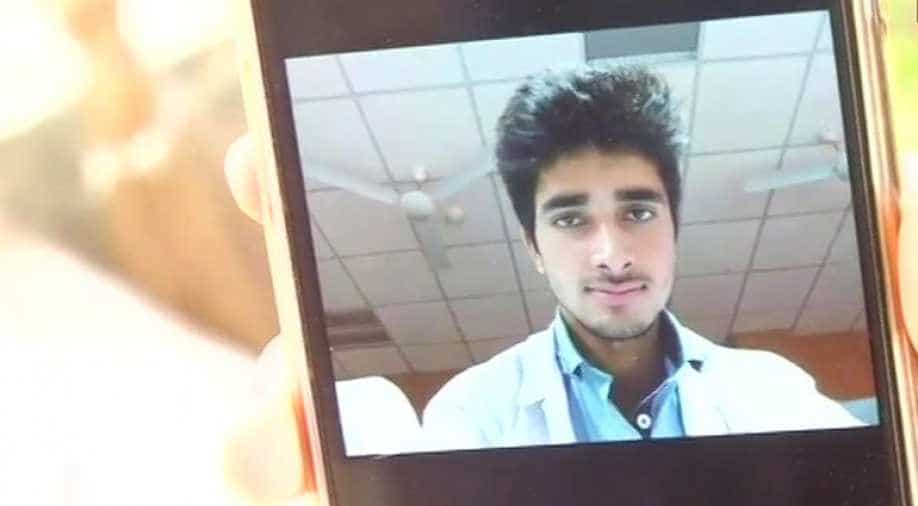 Police said a note has been recovered but did not elaborate on what it might have said. Photograph:( ANI )

A student from Jammu and Kashmir, studying at the All India Institute of Medical Sciences (AIIMS) here, has been missing for over a fortnight, police said today.

Suhail Aijaz, a resident of Kupwara district in the northern state and pursuing MBBS at the institute since 2016, left his hostel on February 9 and has been missing since then.

The second-year student had informed the authorities of the institute that he was going to Chandigarh with his friends to attend a wedding ceremony there and would be back on February 17, Commissioner of Police Y B Khurania said.

The authorities had lodged a missing complaint with the police on February 18, a day after the student's scheduled date of returning to the institute.

A note has been recovered from the hostel, Khurania said, without elaborating on its content.

"Efforts are on to trace the student. We are questioning the institute officials and the friends of the missing student," Khurania said.

He said the youth's last known location was somewhere in Howrah in West Bengal.

"We are in contact with the Howrah police and the CID West Bengal. The particulars of the student have also been shared with them," he said.

Ahmed told reporters that he had spoken to Suhail over phone for the last time on February 7.

He also said that the institute authorities were the first ones to tell him that his son had gone missing.