Kashmir: Killed by militants, political worker now disowned by both PDP and Congress 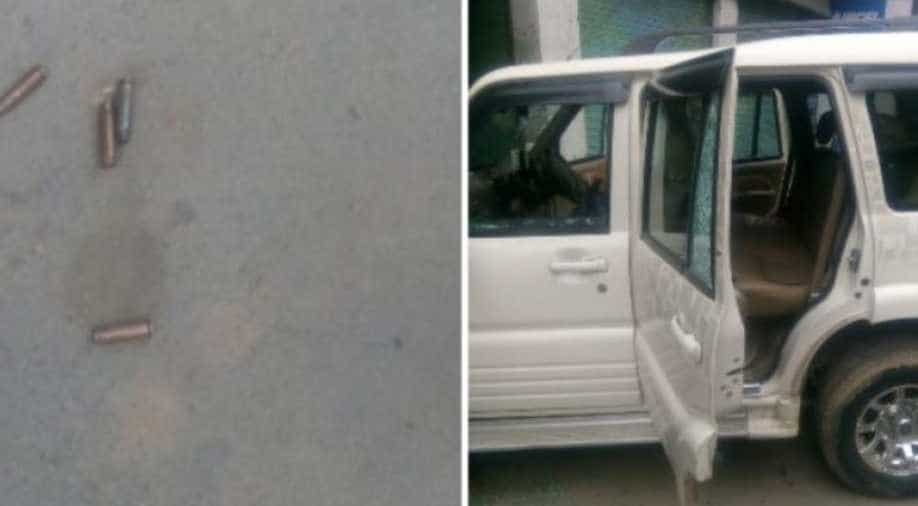 Patel's family says he was with the PDP for last four years and had worked for the area MLA Haseeb Drabu with all efforts to make him win. Photograph:( ANI )

A sixty-year-old politician Ghulam Nabi Patel who was killed by militants in Pulwama district was disowned by both the parties whom he had provided his valuable services and time. His decades-old contribution was not acknowledged by any of the parties he worked for.

Patel was earlier associated with the Congress party in 2002. In the year 2004, he joined a lesser known new political party the SDA (social democratic alliance) headed by Darakshana Andrabi who later joined hands with the BJP. Patel's family says that he, in 2014, joined PDP (People’s Democratic Party) in front of late Mufti Mohammed Sayeed who was the party president and former chief minister. As the news of his killing broke, state CM Mehbooba Mufti condemned the incident but associated him with the Congress party.

“Heartfelt condolences to the family of senior Congress leader, GN&nbspPatel who was killed by militants today in Rajpora. Such cowardly acts achieve nothing but leave one more family devastated,” she tweeted.

Heartfelt condolences to the family of senior Congress leader, G. N. Patel who was killed by militants today in Rajpora. Such cowardly acts achieve nothing but leave one more family devastated.

It doesn’t stop at that! Replying to chief minister's tweet, the Congress quoted their state Vice President and condemned the killing. They mentioned Patel as a PDP leader, “Strongly condemning the gruesome killing of Senior PDP activist Gulam Nabi Patel, the J&K Pradesh Congress Committee (JKPCC) Vice President Mohd Anwar Bhat while reacting to CMs tweet about the deceased Gulam Nabi Patel said that CM is disowning her own Party worker for the reasons known to her
In a statement issued to Press today Congress Vice President expressed profound grief over the gruesome killing of PDP activist saying that the deceased (Patel) had joined PDP before 2014 and was actively working for PDP in Pulwama District,” the statement read.

Patel's family says he was with the PDP for last four years and had worked for the area MLA Haseeb Drabu with all efforts to make him win. They said he motivated people of the region to vote for the PDP. The family says its very unfortunate that at this time of grief his own party had disowned him, that’s a double shock for them.

“He was with PDP, he went to people's homes, brought people from orchards and got them to vote for PDP. In this time of grief PDP didn’t offer a helping hand and disowned it's very unfortunate and shocking for us, everyone knows he was with Mehbooba Ji, he was with the PDP,” Said Ali Mohammad brother, Ghulam Nabi Patel brother noted.

Former Chief Minister and the leader of Opposition, Omar Abdullah said, "it’s tragic that a political worker is disowned after he is killed".

Ghulam Nabi Patel is being denied the dignity of having been assassinated for belonging to a political party just so the PDP & Congress can lie to their workers to claim they aren’t at risk from militant bullets.

“How tragic is that Patel Sahib, a political worker assassinated by militants in Kashmir, disowned by both the PDP and the&nbspCongress. If neither party is willing to own him as one of their own, let's just call him an NC worker,” Omar posted on Twitter.

Senior political worker Ghulam Nabi Patel was critically injured in a terrorist attack in Rajpora Chowk of Pulwama yesterday. He was coming back from his home village Yader Shadimarg. Patel later succumbed to his injuries in the hospital. He was travelling in a Scorpio SUV along with a&nbspdriver and his two personal security officials. All of them also got injured in the attack and were being treated at a hospital in Srinagar one of them is said to be critical in condition.

It’s said that Patel was not in the practice of visiting his home often because of security threats, this time around he had gone to see the preparation of a marriage at his home due next month.

Eyewitnesses say&nbspthat his car was stopped just a&nbspfew kilometres away from his residence by three armed men&nbspwho opened fire&nbspat him indiscriminately. Patel was hit on his mouth and neck he was sitting in the front.

The police later said that the attack was carried out by local militants of Hizbul Mujahideen and its mastermind commander Samir tiger. The attack has again sent a signal of fear among mainstream politicians of Kashmir, but this time another question has been raised among political workers -- whether or not political parties they work with should be trusted?.

“When we see what they have done with Patel Sahab after he was killed, we have no choice but to think again that for who should we put over lives at stake? Do they really care for us? It’s very shocking, tomorrow it could happen with us too,” said a political worker from the region.

This is what is happening while the political leaders and political activists are being attacked and killed in the valley, especially in southern Kashmir. The space for mainstream politicians is shrinking. Those who have kept mainstream parties alive despite life threats are smelling suspicion from where they always expected protection.