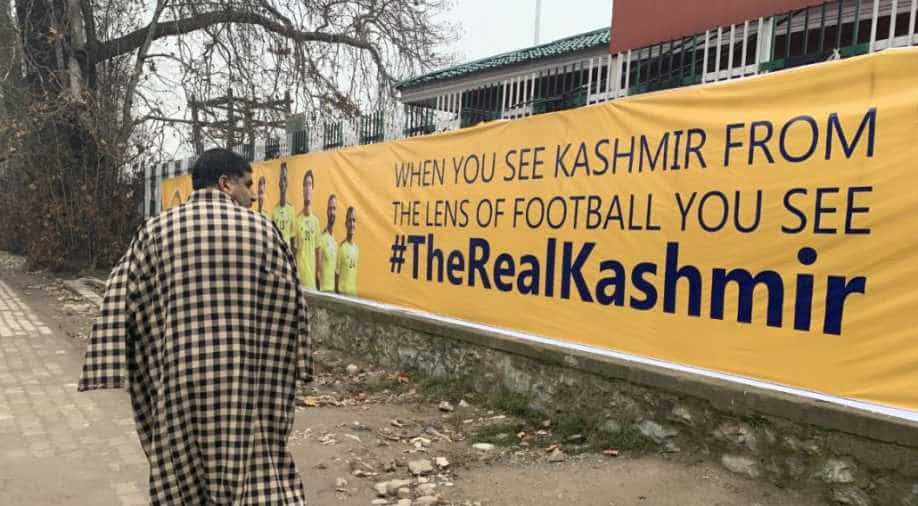 Real Kashmir Football Club on Thursday played their first home game after the abrogation of Jammu and Kashmir's special status. A large crowd had gathered to witness the first big football game of this year in the valley. The game played between Real Kashmir FC and Chennai City was nail-biting as the hosts scored two goals to defeat the visiting side by 2-1.

This was also the first time that such a big gathering was allowed in the city after the abrogation of Article 370. Although the stadium has a capacity of 15,000, only 2,000 tickets were kept available for the people keeping in view the law and order situation.

The enthusiastic crowd kept cheering for the home club throughout the match. BJP national general secretary Ram Madhav was also present to witness the game. Madhav said that he is a fan of Real Kashmir FC and would want the team to win the cup.

"It's after a long time that a great football match was to take place and I came to watch it. I am a fan of Real Kashmir FC. I came late but the team scored two goals while I was there. They won and I am congratulating them. My best wishes to the team," said Madhav after witnessing the game.

Real Kashmir Football Club in Kashmir is making a slow rise which has caught the imagination of football fans across the globe for the last three years. All the sporting activities came to a grinding halt after government-imposed restrictions in the Kashmir valley, just days before the abrogation of article 370 and 35-A of the Indian constitution.

"I study in Chennai and I came here to watch this match. This club inspires us towards sports activities. Be it hot or cold, people in Kashmir turn up to support this club," said a boy, who had come for the game.

The Real Kashmir FC has already qualified I-league and beaten the top Indian football clubs. The club has created waves at the Indian domestic league and what's special now is that the team has got the backing of sportswear giant Addidas.

Also known as the 'snow leopard', Real Kashmir Football Club is the first such team that is uniting Kashmir. Recently, the team added players from Nigeria and Scotland to their colours which is attracting more people to witness the game being played under the winter sun.