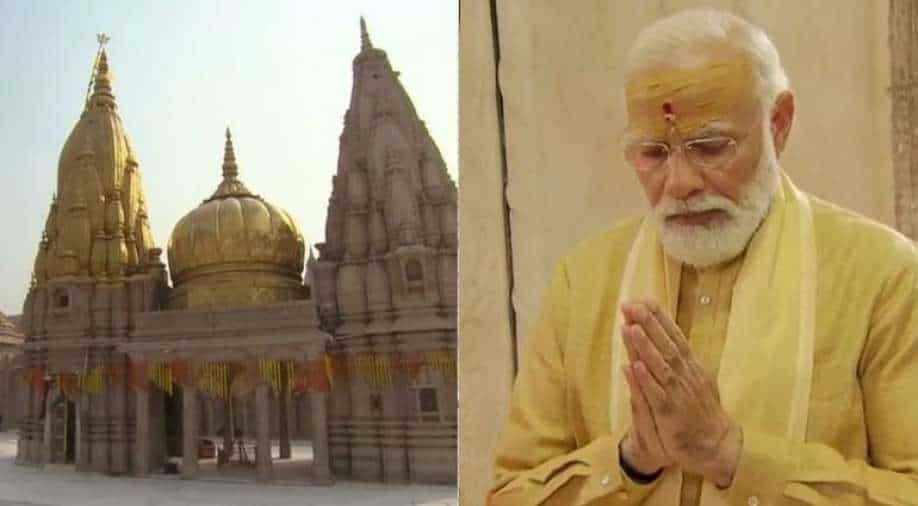 Prime Minister Narendra Modi on Monday inaugurated the first phase of the Kashi Vishwanath Dham here, a project which is spread over five lakh square feet and connects the temple premises to the River Ganga besides providing several facilities to devotees.

Prime Minister Narendra Modi inaugurated the Kashi Vishwanath Corridor project in his constituency of Varanasi, Uttar Pradesh today, performing several rites and prayers and taking a bath in the Ganga.

"It is said in our Puranas that as soon as one enters Kashi, one becomes free from all bondage. Blessings of Lord Vishweshwara, a supernatural energy awakens our inner-soul as soon as we come here," PM Modi said.

"There is only one government in Kashi, those who have damru in their hands. Who can stop Kashi where Ganga flows by changing its current?," PM Modi said.

PM Modi was spotted giving flowers at craftsmen who built the corridor, having a holy bath in the Ganga, offering prayers at the Kaal Bhairav temple, and accepting a turban from a common man in the days leading up to the big event.

PM Modi honoured sanitation employees and posed for a photo with them all. As they were being photographed, they all chanted 'Harr Harr Mahadev.'

UP CM Yogi Adityanath hailed Prime Minister Narendra Modi for his vision to build the corridor. He said, "Long wait has come to an end".

Tomorrow, 13th December is a landmark day. At a special programme in Kashi, the Shri Kashi Vishwanath Dham project will be inaugurated. This will add to Kashi's spiritual vibrancy. I would urge you all to join tomorrow's programme. https://t.co/DvTrEKfSzk pic.twitter.com/p2zGMZNv2U