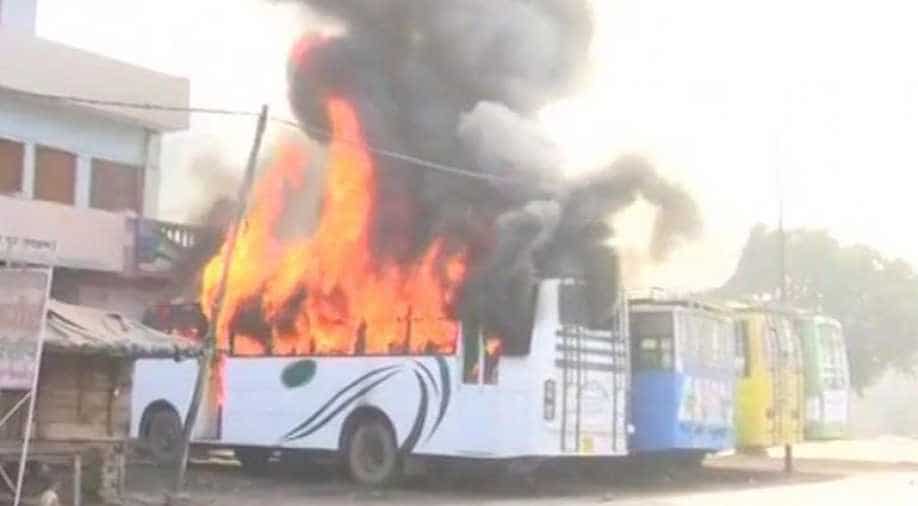 Uttar Pradesh's Kasganj district witnessed a wave of protests soon after the cremation of a youth who lost his life in a clash of groups on Friday.

According to reports the protestors vandalized shops and vehicles.

According to a tweet posted by the Kasganj Police, drones were deployed to monitor the situation and take measures to curb any mishappening in the region.

All internet services in the region have also been suspended until 10 pm on 28th January, RP Singh, Kasganj District Magistrate told reporters.

Youth identified as Chandan Gupta died after being hit by a bullet in a clash that broke out during an unauthorized Tiranga Bike rally by ABVP activists and Vishwa Hindu Parishad on January 26.

The rally was organized to mark the Republic Day celebrations.

Another man name Naushad was shot in the leg during the clash. He was admitted to the nearest hospital for medical assistance.

A Special team has been constituted to probe the matter while the local authorities have decided to shut school and colleges in the area.

Chief Minister of Uttar Pradesh Yogi Adityanath expressed his regret on the incident and urged people to maintain peace.

49 people have been arrested in connection with #Kasganj clash. Section 144 is still imposed. Borders have been sealed: RP Singh, Kasganj District Magistrate

According to reports, the rally was organized on Friday without any prior administrative permission.

Another group objected to the slogan raised by the participants of the motorcycle rally which turned into a violent clash.