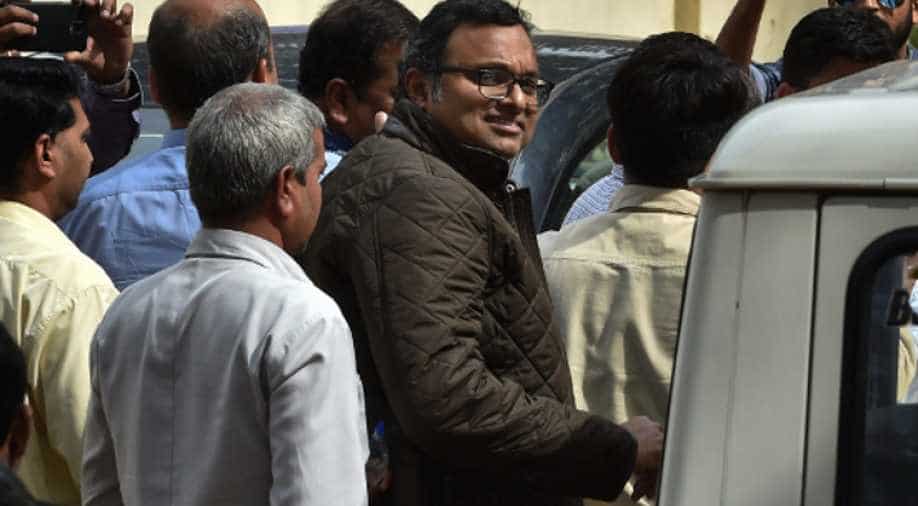 A Delhi court on Saturday granted anticipatory bail to Karti Chidambaram, son of finance minister P Chidambaram, in the Aircel-Maxis case in which he is an accused.

Karti has been asked to appear before the investigating officer whenever he is summoned. The next date of the hearing is April 16.

Special Delhi Court granted anticipatory bail to #KartiChidambram in Aircel Maxis case, asking him to appear before the investigating officer whenever he is summoned. Next date of hearing is 16 April. pic.twitter.com/gbpjumESbi

The Enforcement Directorate had opposed Karti's anticipatory bail plea in Patiala House Court saying that the bail granted will hinder the probe against him.

Karti stands accused of money laundering in the Aircel-Maxis transaction, a part of the bigger 2G spectrum case.

The ED case pertains to the Foreign Investment Promotion Board (FIPB) approval granted in 2006 by his father, then finance minister P Chidambaram.

The agency said FIPB approval in the Aircel-Maxis FDI case was granted in March, 2006 by the then FM even though he was competent to accord approval on project proposals only up to Rs 600 crore and beyond that it required the approval of the Cabinet Committee on Economic Affairs (CCEA).

Chidambaram has previously denied the allegations against Karti.

The Enforcement Directorate also alleged that Karti had "disposed" of a property in Gurgaon, which he had allegedly rented out to a multinational company "to whom foreign direct investment (FDI) approval had been granted in 2013".

It charged that Karti had "also closed certain bank accounts and attempted to close other bank accounts in order to frustrate the process of attachment" under the Prevention of Money Laundering Act.