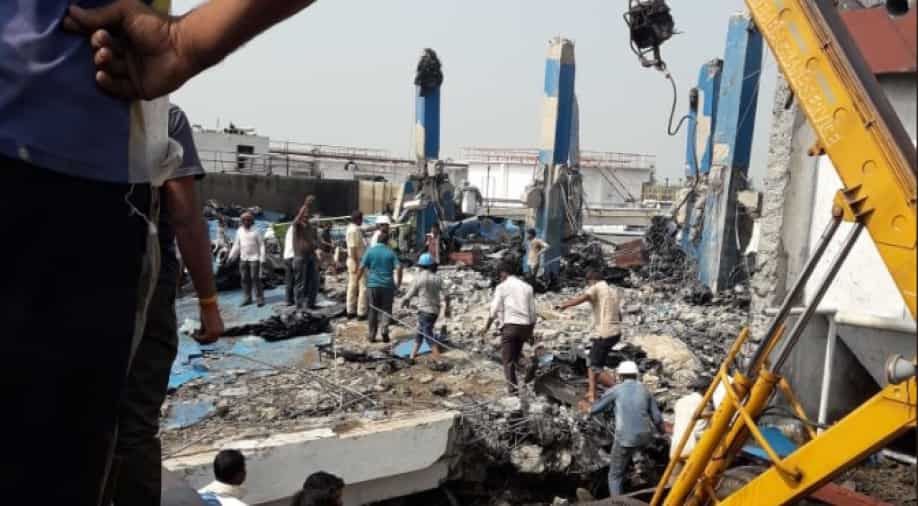 The intensity of the blast was so strong that the three-floor building housing the sugar factory caved in, killing six on the spot. Photograph:( ANI )

About 10 people were working in the sugar factory when the blast took place.

At least six workers lost their lives while five were critically injured in a boiler explosion at the distillery unit of the Nirani sugar factory in Kulalli village of Mudhol in Bagalkot district on Sunday afternoon.

Visuals from Nirani sugars in Mudhol, Bagalkot where 6 people died and 5 were critically injured in a boiler blast earlier today. pic.twitter.com/PlzlwjCvkd

The deceased are yet to be identified, with news reports saying their faces had been damaged beyond recognition.

The reason behind the blast is not yet known.

Firefighters had rushed to the site and begun rescue operations.

The injured meanwhile have been rushed to Mudhol Hospital.