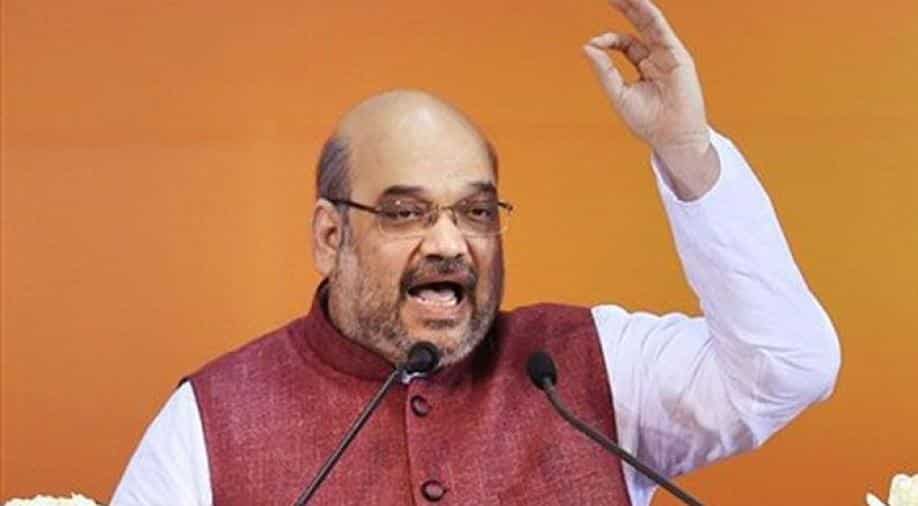 BJP president Amit Shah today said the Karnataka Assembly poll verdict was against the Congress and described the alliance between the JD(S) and Congress as “unholy.”

Addressing media at BJP HQ, Shah also explained why the BJP staked the claim to form the government in the state.

He said the mandate was pro-BJP and since the party had emerged as the single largest party, it had the first right to form a government.

Shah further accused the Congress of playing caste and communal card in the elections. He also claimed that people are not happy with JD(S) and Congress alliance.

Shah asked the two parties to explain to people the reason for which they are celebrating.

Shah asserted the Congress lawyer lied in the Supreme Court that BJP leader BS Yeddyurappa had sought seven days time from the Governor to prove majority on the floor of the Karnataka Assembly.

Shah said the mandate given by people of Karnataka was against Congress. “There was no confusion about it,” he said.

“Karnataka mandate was in favour of the BJP,” Shah said as he described the alliance between the Congress and JD(S) against the people’s mandate. “This is what I call an unholy alliance.”