We have inherited unemployment from the UPA, says PM Modi on Namo app 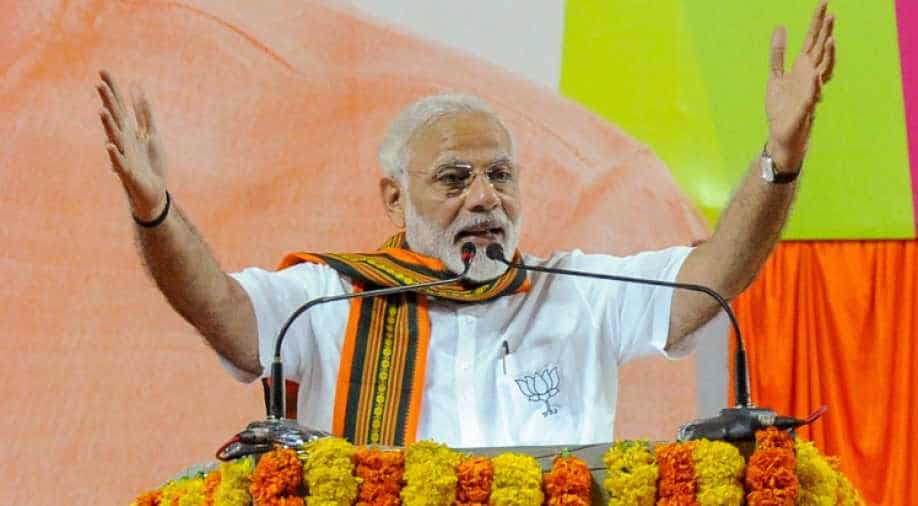 PM Modi spearheading the Karnataka election campaign for the BJP addressed the party Youth leaders through the NaMo app today.

The prime minister had undertaken a similar campaign last week while addressing the farmers in the state.

Karnataka will go to the polls on May 12th with results to be declared on May 15th.

9:38 am: 60 state of the art Namma BPO complexes will be setup, he promised, while asserting that tech, innovation is key to India's growth.

My government is creating jobs, he said. The opposition is upset with our vikas (development) push, he said.

9:35 am: BJP is in touch with ground realities, he observed. We have inherited unemployment from the UPA, he said at the live interaction

9:29 am: Karnataka is the hub of startups in India, there is need to create jobs in India, he noted.

UPA is to blame for joblessness, every sector is languishing, he said.

9:25 am: There is a need to increase education and skill, he said during the interaction.

For 20 years India has been languishing, he said.

9:22 am: Replying to a question by a BJP youth worker, the PM said political killings are a big concern, a nationalist BJP youth leader was killed.

There is no place for violence in India, he said, while adding that BJP cadres are being killed.

9:21 am: 5 world class centres will be opened, he said, adding that School of Sports will be set up in Karnataka.

9:18 am: Huge aid for sports if BJP comes to power in the state, he declared.

9:11 am:  Karnataka has proved itself in every field, PM Modi said, while adding that StandUp India benefits the youth.

9:09 am: Interest in polls shows there is enthusiasm among people, PM Modi said as he began the livestream.